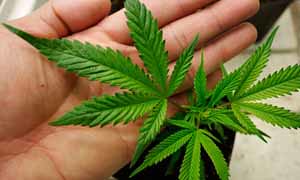 It’s such an obviously sensible thing, you have to wonder why they’ve fought it all these years:

For years, veterans have called for medical marijuana treatments to help with their physical pain from recovering injuries and post-traumatic stress disorder (PTSD), and the Senate has finally responded.

This Senate legislation will not change the federal law banning the use of marijuana even for medical purposes. Marijuana will still maintain its classification as a Schedule I drug under the Controlled Substances Act. This means that, although a doctor will be allowed to prescribe it to veterans, the drug will still be viewed as having no medical value. In addition, this legislation on medical marijuana will need to outlast a negotiated spending deal between the U.S. Senate and the House of Representatives.

According to Philadelphia criminal lawyer Amato Sanita, “marijuana is still considered a Schedule1 controlled substance in Pennsylvania, and cracking down on the possession, distributions, and use of this drug, especially in large quantities, is still a priority for law enforcement and prosecutors.”