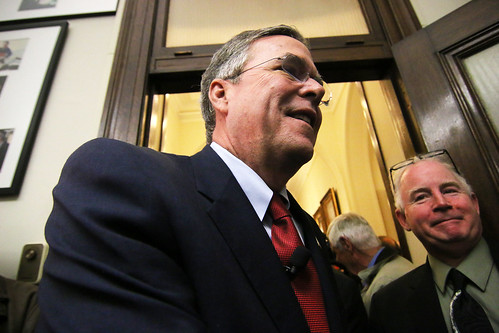 Jeb Bush would support Donald Trump if the real estate billionaire were to win the Republican presidential nomination, “because anybody is better than Hillary Clinton”.

The former Florida governor thinks that outcome unlikely, however, because the more voters hear of Trump, particularly on foreign policy, “the less likely he’s going to get the Republican nomination”.

One thought on “Why Jeb Bush will never be president”