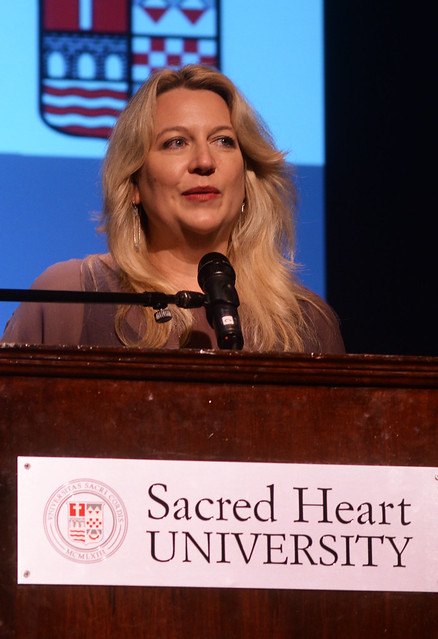 This piece appeared a year ago, but someone just posted it on Facebook, which is where I saw it for the first time. Yeah, pretty much every woman plays this game:

No other film in memory captures the exhaustion of “Creep or Normal Guy?” better than “Wild,” about a woman hiking the Pacific Crest Trail alone. Every time Cheryl (Reese Witherspoon) meets up with a man — or a group of men — you can see her calculating if he will hurt her and, if so, how much and with what. Sometimes she’s right, sometimes she’s wrong, but she’s always playing.

On occasion, in “Wild,” the game looks like it works for women, rather than against us. In one scene, Cheryl camps for a night with a group of young men. In the morning, the park ranger brings her — and only her — hot coffee and a fresh doughnut. The men (understandably) roll their eyes, laugh and return to their campfire brew and smoky oatmeal, because they know that pretty girls get stuff from guys.

Except there’s no such thing as a free breakfast. The night before, the ranger opened up his store past closing after Cheryl asked him to, but on the condition that she have a drink with him, which she clearly doesn’t want to do — then the college guys show up, so the ranger backs off, because now she seems to be under the protection of other men. The next morning’s breakfast comes with its own conditions: Say no to the doughnut and she’s being rude. Say yes and she’s not only leading the ranger on, she’ll bear the resentment of the doughnut-less men around her.

Being a woman in this world means paying a certain price. (Judging from similar columns I’ve written, I’m going to pay a price for writing a column about how women pay a price. Twitter is fun, huh?) The trickiest part is that sometimes that price looks like a present. A guy buys you a drink at the bar! Yay! Now what does he want for it? Just to talk? That’s nice. Now your number? Better give it (or a fake one), because if you don’t you’re rude because he spent a whole $8 buying you a gin and tonic. And nice girls aren’t rude, and it’s important to be a nice girl.

“Wild” is about many things: grief, self-reflection, how to effectively pack a backpack. But in telling the story of one woman on a long walk, it in a way becomes the story of every woman’s experience.

2 thoughts on “Creep or normal guy?”