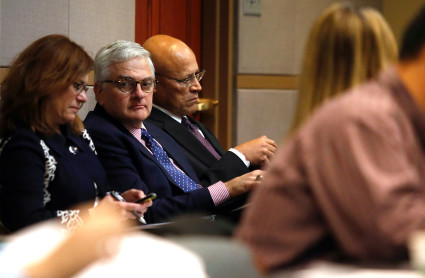 Imagine, on a college campus! He should be ashamed:

COLUMBIA – MU’s Interim Chancellor Hank Foley annouced his decision Monday not to restore the refer and follow privileges that allow abortions to be performed in Columbia’s facility.

Following the decision, the Department of Health will take away its abortion license leaving the St. Louis Planned Parenthood the only facility in the state where abortion can be performed.

“If we lose those privileges, the Missouri will become a one-provider state for abortion services leaving our St. Louis health center as the only remaining provider,” Hoyt said.

On the bright side, it will make it so much easier for the next right-wing nutjob to shoot up only one site!