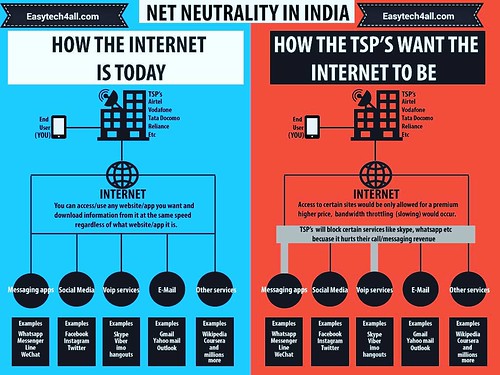 WASHINGTON — Republicans have tucked an anti-net neutrality rider into a government spending bill that would block the Federal Communications Commission from enforcing its open Internet rules.

The provision is just one of many riders in the financial services appropriations bill currently being hashed out by House and Senate negotiators. But as dozens of these unrelated policy measures are dropped, this one is sticking around — a fact that is especially troubling to net neutrality advocates, who worry it may make its way into a final must-pass spending bill, known as an omnibus.

The federal government is currently running on a stopgap funding measure, which will run out on Dec. 11. If Congress doesn’t reach a new agreement, the government will shut down.

The anti-net neutrality language reads:
Keep an eye on this, be prepared to call your reps:

None of the funds made available by this Act may be used to regulate, directly or indirectly, the prices, other fees, or data caps and allowances (as such terms are described in paragraph 164 of the Report and Order on Remand, Declaratory Ruling, and Order in the matter of protecting and promoting the open Internet, adopted by the Federal Communications Commission on February 26, 2015.

On Feb. 26, the FCC approved strong net neutrality rules that reclassify consumer broadband as a utility under Title II of the Communications Act. In other words, it bans “paid prioritization,” a practice allowing Internet service providers to charge content producers a premium for giving users more reliable access to that content.

Advocacy groups are already gearing up for a fight, urging net neutrality supporters to reach out to congressional negotiators.

“Congressional leaders are negotiating behind closed doors — and some are trying to work in language that would reverse the FCC’s historic Net Neutrality ruling,” wrote Sandra Fulton, government relations manager for Free Press, in a recent blog post. “We worked too hard for that win to let anyone undo it — let alone in secret. Real leaders don’t resort to these kinds of dirty tricks.”

Rep. Barbara Lee (D-Calif.), a member of the House Appropriations Committee, said in a statement to The Huffington Post that Republicans are “trying to use a procedural backdoor to supersede the FCC and ignore the nearly four million Americans that submitted public comments concerning the FCC’s Net Neutrality rulemaking.”