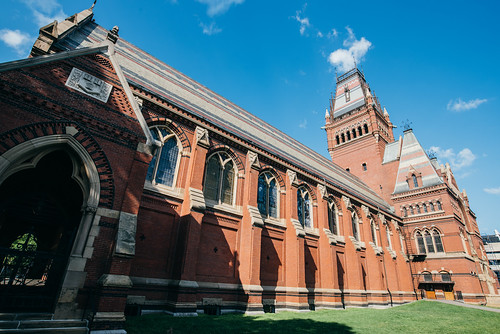 They never rest, do they. Conservatives are hoping they can use the carrot of free tuition to stop affirmative action at Harvard. Personally, I want affirmative action to include economic diversity, but you’d need a lot of support services, too. Go read the rest:

Harvard University, like most elite private colleges, has basically become an academia-themed investment firm. By ushering so many of our nation’s best (or most privileged) young minds into highly lucrative professions — and then convincing those alumni to give their surplus millions to the university instead of somewhere desperately needy — Harvard has built up a $37.6 billion endowment.

Now a slate of candidates for the school’s Board of Overseers is calling for the school to draw on that immense bank account’s earnings and make Harvard the first tuition-free Ivy League school. Oh, and end affirmative action.

The group was assembled by Ron Unz, a conservative California software entrepreneur. Before he began pushing to establish free higher education, Unz sponsored ballot initiatives to ban bilingual education, the New York Times reports. Unz, along with three of the other candidates, have all voiced fierce opposition to affirmative action. The fifth person on their slate is Ralph Nader.