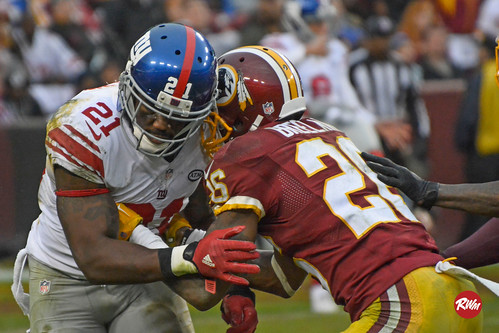 The New York Review of Books has an interesting piece by David Maraniss:

I grew up in Wisconsin during the 1960s, when Lombardi’s Packers were winning five championships in nine seasons, and later wrote a biography of him, which might explain why, although baseball is my preferred game, the Packers are my favorite team in any sport. The seasonal progression from radiant fall Sundays to frostbite playoff games in the darkening winter and the superstitions that come with watching the Packers are part of my emotional life, bringing joy and anguish, and if that is pathetic, it is a condition I share with millions of National Football League fans. But my attachment to football has been loosened by an increasing sense of guilt about whether I am complicit in supporting an unacceptably debilitating and duplicitous enterprise. America’s superpower game has never been more popular, yet evidence against it is amassing on many fronts, none more troubling than what science now says about the long-term ramifications of those collisions. I’ve wondered whether I could resolve the conflict between my attraction to the game and concern about what it does. On a larger scale, I’ve wondered whether football could repair itself and be made safer.

In a search for answers, I studied a diverse collection of books, articles, transcripts, and films about football. They included three books that considered the physical, sociological, and financial aspects of the sport to support their theses—Steve Almond’s manifesto Against Football, Gregg Easterbrook’s response, The Game’s Not Over: In Defense of Football, and Gilbert Gaul’s Billion-Dollar Ball, a deeply reported look into the corporatization of the college game and how it can take precedence over academic concerns.

The rest dealt mostly with the neurological effects that football collisions can have on the brain. Two were films: the well-publicized Concussion, a Hollywood movie starring Will Smith as the Pittsburgh pathologist who discovered a neurodegenerative disease in the brain tissue of deceased football players that came to be known as CTE(chronic traumatic encephalopathy), and the not-yet-released documentary Requiem for a Running Back, about Rebecca Carpenter’s quest to understand her troubled father, Lew Carpenter, who played in the NFL with Lombardi’s Packers fifty-five years ago and suffered from CTE. I also read transcripts of television interviews on the topic of football brain trauma conducted by Charlie Rose and PBS’s Frontline; and the essential writings of Steve Fainaru and his brother, Mark Fainaru-Wada, especially League of Denial, a book that documented two decades of obfuscation and deceit by the NFL in dealing with brain injuries.

You already know how I feel. I’ll be surprised if NFL football exists in another 15 years, and good riddance.

3 thoughts on “The collision sport on trial”