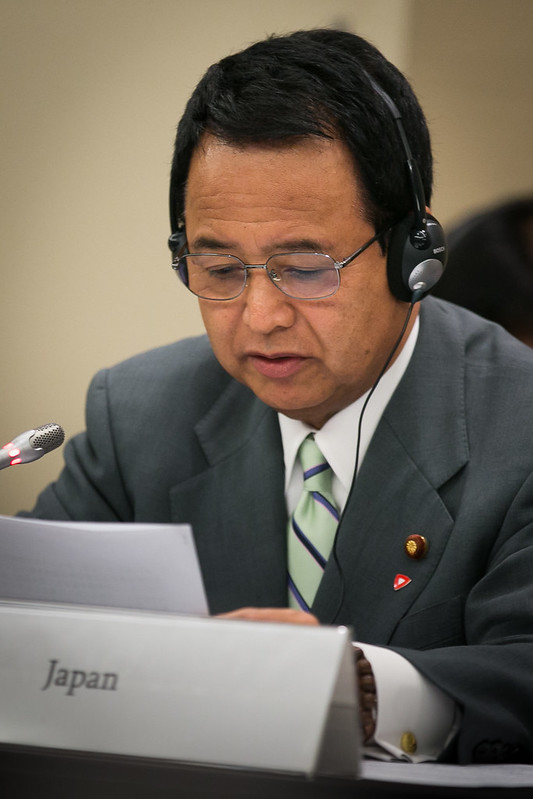 Japan’s Economy Minister Akira Amari has said he is resigning amid corruption allegations.

Mr Amari unexpectedly made the announcement at a press conference in Tokyo on Thursday.

But he again denied personally receiving bribes from a construction company, as had been alleged by a Japanese magazine.

The development will be seen as a significant blow for Prime Minister Shinzo Abe.
Mr Amari, who has been minister of state for economic and fiscal policy since late 2012, has been widely described as one of Mr Abe’s most trusted members of parliament.

As Japan’s lead negotiator for the Trans Pacific Partnership (TPP) agreement, Mr Amari was expected to travel to New Zealand next week to sign the agreement.
He was also regarded as the architect of Abenomics – Mr Abe’s plan to pull the world’s third largest economy out of deflation.

“This is possibly the biggest scandal the Abe administration has faced,” said the BBC’s Mariko Oi.

One thought on “TPP negotiator resigns over bribery scandal”