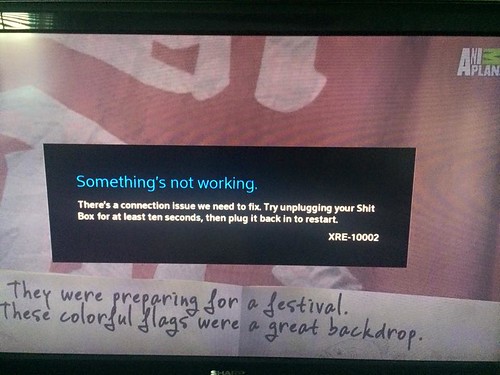 It ain’t much, but it’s something:

The goal is for them to devise new ways for consumers to search TV channels and on-demand streaming on television.

The Federal Communications Commission voted along partisan lines, with three Democrats voting for the proposal and two Republicans voting against it.

The measure, if ultimately successful, could undermine a longtime profit center for Comcast and pay-TV companies that have a monopoly on the business of leasing tens of millions of cable, or set-top, boxes to consumers.

One thought on “One for the little guy”