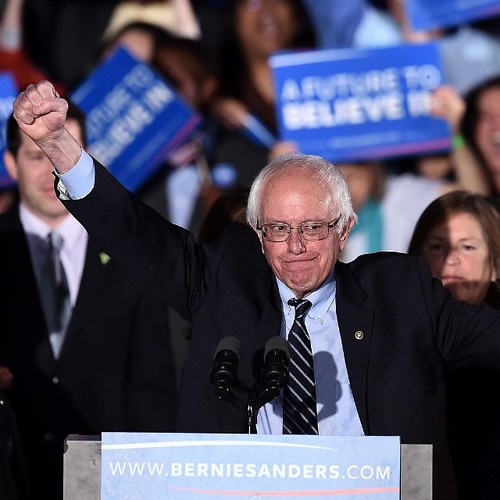 At this point, it’s really a matter of math. But there will be a lot of smoke and mirrors in the next couple of week to obscure the inevitable outcome:

Mark my words: We’re going to face a very ugly few weeks on social media. The nastiness will begin this weekend and last through April 26, when five states will hold primaries with a big delegate haul in the balance.

Here’s why: We have five states coming up in which Bernie Sanders will probably do very, very well. It’s not inconceivable that he could sweep them all. But even a sweep won’t change the structure of the race in any way. Three of the five (Hawaii, Wyoming and Alaska) are states with relatively few delegates. The Democratic contests are all proportional, so Hillary Clinton will get a share of delegates even if she gets shut out.

Political reporters know that all five of these contests, combined, will account for fewer delegates (286) than will New York alone on April 19 (291). Clinton is up by 48 points in the latest poll of New York, and by 33 points in 538’s weighted polling average. Things may change, but it’s looking like a blowout at this point.

Then, one week after New York goes, 462 delegates will be awarded in five mid-Atlantic states. Clinton is the favorite in four of them, and one, Rhode Island (which has a tiny delegate count), is essentially a toss-up.

This stretch of primaries is going to set off a war-of-words between Sanders supporters – and liberal media outlets that back the Vermont Senator — and more neutral political reporters, especially data-based journalists who keep an eye on the delegate count and the calendar. That’s because there’s going to be a natural disconnect between what appears to be a lot of momentum on Sanders’ side, and the way the mainstream media will characterize the race.

Serious reporters know that the next five contests will shave some delegates off of Clinton’s healthy lead – she’s currently up by 303 pledged delegates according to Real Clear Politics‘ count – which still leaves her well ahead as the fight for the nomination moves to friendlier ground for the Clinton campaign.