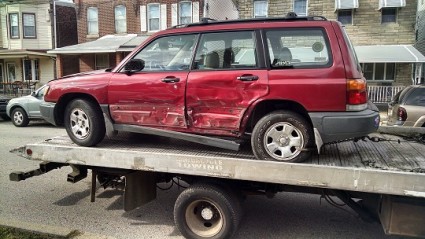 Yesterday, I got a letter from an insurance company telling me someone filed a claim against me for the car accident I was in back in October. I was pretty angry when I talked to their claims department — I said it was a three-car accident, a hit-and-run according to witnesses, and that neither I nor their insured driver could remember what happened. I said if he claimed he was northbound while I was southbound, odds are, he hit me.

I also said I had pictures of both sides of my car — the driver side pushed in from the original impact, the right front passenger side crushed from spinning out and hitting the bridge. If I hit his claimant, I said to the claims person, why are there no other impacts on my car?

I still don’t remember exactly what happens; I think I had a slight concussion. But this guy didn’t remember anything, either. Now I’m wondering if he hit me in the first place.

6 thoughts on “The letter”