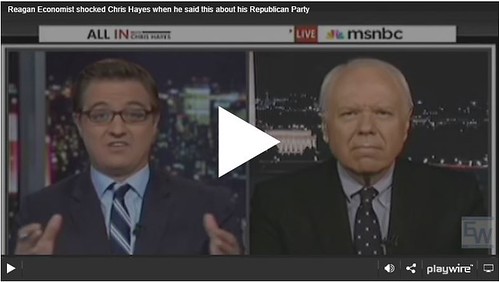 I think many Democrats and independent political observers are puzzled by the intensity with which Republicans are pursuing their tax cut. It’s not politically popular and may well lead to the party’s defeat in next year’s congressional elections. So why do it?

The answer is that Republicans are pushing the tax cut at breakneck speed precisely because they know they are probably going to lose next year and in 2020 as well. The tax cut, once enacted, however, will bind the hands of Democrats for years to come, forcing them to essentially follow a Republican agenda of deficit reduction and prevent any action on a positive Democratic program. The result will be a steady erosion of support for Democrats that will put Republicans back in power within a few election cycles.

The theory was laid out almost 30 years ago by two Swedish economists, Torsten Persson and Lars EO Svensson. In a densely written article for the Quarterly Journal of Economics in 1989, they explained why a stubborn conservative legislator would intentionally run a big budget deficit.

House Republicans pass major tax cut bill after Trump’s closed-door speech
Read more
It has to do with what economists call time inconsistency – the consequences of actions taken today may not appear until the future, when a different political party will be in power. Thus the credit or blame will accrue to that party rather than the one that implemented the policy, because voters tend to attribute whatever is happening today to the party in power today even if that party had nothing to do with it.

Thus Barack Obama got blamed for a recession and resulting budget deficits he had nothing to do with originating. No matter how many times the Congressional Budget Office showed that the vast bulk of the budget deficits in his administration were baked in the cake the day he took office, Republicans nevertheless blamed him and his policies exclusively for those deficits.

2 thoughts on “The deficit game”