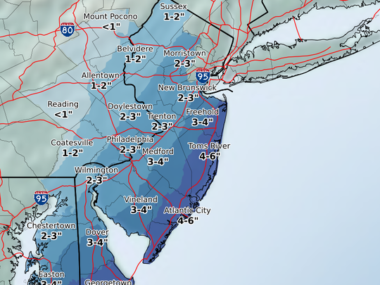 Sounds like it may do a lot of damage. Hope not!

The coastal flooding could be worse than what New England experienced during the “bomb cyclone” in early January. Storm surge in eastern Massachusetts seems likely to match or exceed the levels of the early January storm as well as the Blizzard of 1978. With a massive, damaging wind field, it will mimic the impact of Hurricane Sandy in 2012.

The National Weather Service is calling it a life and death situation along the coast.

The timing of this nor’easter could not be worse. It coincides with the full moon, when tides are at their highest. Coastal flooding already began Thursday morning because of high tide alone. On Friday and Saturday, 3 to 5 feet of storm surge will be added to the tides. There will also be extra inundation from waves, which are expected to reach a height of 30 feet offshore.