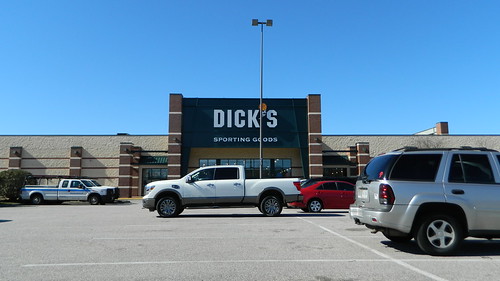 This is truly impressive. If you live near a Dick’s, support it:

When Dick’s Sporting Goods said it would no longer sell modern sporting rifles at its Field & Stream stores following the Valentine’s Day shooting at a Parkland, Fla., high school, one question was what would happen to the unsold firearms in its inventory.

Typically a retailer may return unsold merchandise to the manufacturer. But in this case, Dick’s Sporting Goods has decided to destroy them.

“We are in the process of destroying all firearms and accessories that are no longer for sale as a result of our February 28th policy change,” a spokeswoman told the Pittsburgh Post-Gazette. “We are destroying the firearms in accordance with federal guidelines and regulations.”

The so-called assault-style rifles will be destroyed at the company’s distribution centers and the parts sent to a salvage company to be recycled, the Findlay-based retailer added. The company did not say how much merchandise would be included.

2 thoughts on “Dick’s does good”