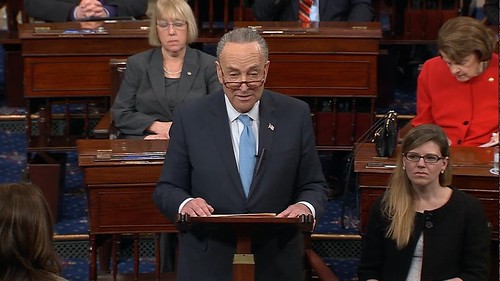 In an exclusive interview with VICE News, Sen. Chuck Schumer (D-NY) confirmed he is putting his name on legislation that he said is aimed at “decriminalizing” marijuana at the federal level.

For Schumer, this is a shift. While he has backed medical marijuana and the rights of states to experiment with legal sales of pot, what he is proposing is a seismic shift in federal drug policy .

“Ultimately, it’s the right thing to do. Freedom. If smoking marijuana doesn’t hurt anybody else, why shouldn’t we allow people to do it and not make it criminal?” Schumer said.