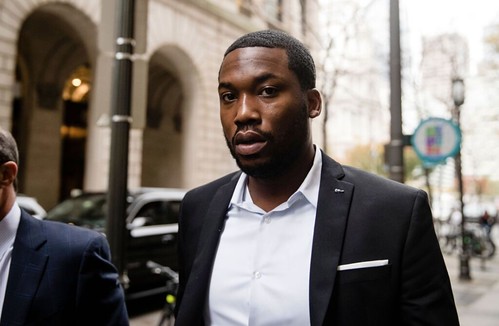 This was a travesty by a judge who was not only out to get him, she tried to force him to switch managers to one of her friends:

PHILADELPHIA – Philadelphia rapper Meek Mill was ordered to be released from prison immediately by the Pennsylvania Supreme Court Tuesday.

CBS Philadelphia said the court ordered the rapper, who has since his arrest become a figurehead for justice reform, to be released on bail in a major turn of events regarding his controversial case.

Meek Mill, born Robert Rihmeek Williams, was sentenced to two to four years imprisonment in November after violating his probation that was set in a 10-year-old drug and gun case by Common Pleas Judge Genece Brinkley.

“I’d like to thank God, my family, and all my public advocates for their love, support and encouragement during this difficult time,” a statement on Mill’s Twitter account says. “While the past five months have been a nightmare, the prayers, visits, calls, letters and rallies have helped me stay positive.”

“We are thrilled that the Pennsylvania Supreme Court has directed Judge Brinkley to immediately issue an order releasing Meek on bail,” his lawyer Joe Tacopina said, according to NBC10. “As we have said all along, Meek was unjustly convicted and should not have spent a single day in jail.”