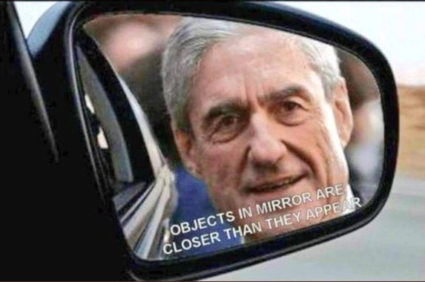 via the New York Times, read them here.

This is my favorite one:

• What did you mean when you told Russian diplomats on May 10, 2017, that firing Mr. Comey had taken the pressure off?

The day after Mr. Comey’s firing, Mr. Trump met with Russian officials in the Oval Office. There, The Times revealed, Mr. Trump suggested he had fired Mr. Comey because of the pressure from the Russia investigation.

“I just fired the head of the F.B.I. He was crazy, a real nut job,” Mr. Trump said. “I faced great pressure because of Russia. That’s taken off.”

One thought on “What Mueller wants to ask Trump”