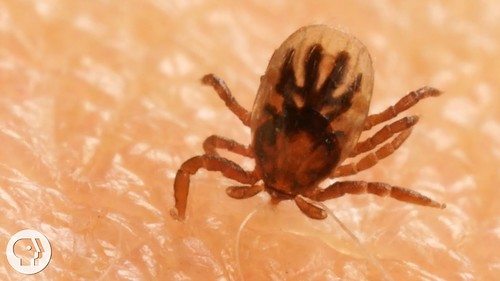 Sure, even though climate change scientists have predicted this for decades, it doesn’t have a thing to do with it!

The number of people who get diseases transmitted by mosquito, tick and flea bites has more than tripled in the United States in recent years, federal health officials reported on Tuesday. Since 2004, at least nine such diseases have been newly discovered or introduced into the United States.

Warmer weather is an important cause of the surge in cases reported to the Centers for Disease Control and Prevention, according to the lead author of a study in the agency’s Morbidity and Mortality Weekly Report. But the author, Dr. Lyle R. Petersen, the agency’s director of vector-borne diseases, repeatedly declined to connect the increase to the politically fraught issue of climate change, and the report does not mention either climate change or global warming.

Many other factors are at work, he emphasized, while noting that “the numbers on some of these diseases have gone to astronomical levels.”

C.D.C. officials called for more support for state and local health departments. Local agencies “are our first line of defense,” said Dr. Robert Redfield, the C.D.C.’s new director. “We must enhance our investment in their ability to fight these diseases.”