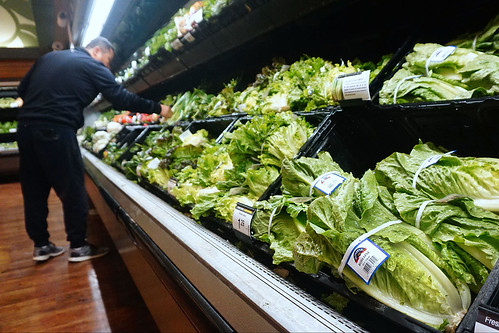 Health officials from the United States Centers for Disease Control and Prevention (CDC) are urging consumers to throw away any chopped romaine lettuce they have in their refrigerator. This lettuce is to blame for an E. coli outbreak that has led to dozens of cases across at least 11 states.

The CDC noted that the outbreak has yet to be traced to a single distributor, grower, brand, or supplier. The only trace in the investigation has led officials to the growing region in Yuma, Arizona. The warning from the CDC about throwing away romaine lettuce includes salad mixes and salad that have romaine lettuce in them, not just the chopped heads.

The outbreak has become so serious that the CDC recommends throwing out any salad in your refrigerator if you do not know whether it contains romaine lettuce. Consumers are also advised to refrain from purchasing lettuce if its origin cannot be determined. However, if the lettuce comes from Yuma, it is especially important to not purchase it.

The outbreak has sickened at least 35 people across 11 states. 22 of those people were ill to the point where they needed to spend time in a hospital and three of those effected suffered some form of kidney failure. So far, there have not been any deaths reported.

Pennsylvania and Idaho have been the hardest hit states during the outbreak with nine and eight cases, respectively. Five states had one case of E. coli each, including Illinois. The patients became infected between March 22 and March 31 and range in age from as young as 12 to as old as 84.

“No one should worry about getting sick from the food they eat at restaurants or from what they buy at the local grocery store,” Lawrence Disparti, of the Disparti Law Group, said. “E. coli is a serious illness that can lead to kidney failure and even death. Be sure to check the origin location of all lettuce you buy or eat.”

It takes people roughly three to four days to get sick after eating food that is contaminated with E. coli. Despite this, some may not show symptoms for at least 10 days. It typically takes anywhere from five to seven days to recover from the illness.

It is possible that the number of cases could vastly increase as it takes anywhere from two to three weeks before a person becomes sickened with E. coli and when report it. Therefore, until there is further news, people should be extremely careful about the lettuce they eat.