The Philadelphia cops and politicians are doing their best to prevent these type of reforms from working, but I’m hopeful:

There is a new law in Mississippi that all motorists should be aware of. While drivers have always been required to slow down for workers at the side of the road, now those working can take additional steps to keep themselves safe. House Bill 580, also known as the blue light bill, allows contractors to hire law enforcement officers to catch violators. Once they do, those caught racing through work zones face serious penalties. Additionally, those whose excessive speed causes death or serious injury to a worker in a work zone can now be held guilty of a felony.

“This law was unfortunately, necessary,” says Attorney Christopher Van Cleave of Van Cleave Law. “Many drivers simply do not take the necessary care. They do not realize how dangerous it is to speed past workers that are putting their lives on the line by working so close to vehicles speeding past them. Hopefully, this law brings about the change on our roads that is so desperately needed.”

Accelerated fines are already in place for drivers that speed through work zones. The new law allows even steeper penalties. More importantly, it ensures the law will be enforced throughout the State, something that has not really been possible until now.

When drivers speed through work zones, there is a very real possibility that someone could be killed as a result. If that happens, drivers face much more than fines. Drivers could face possible criminal charges, including reckless homicide. These charges could have someone facing several years in prison simply because they failed to slow down when workers were nearby.

The law went into effect on July 1, meaning there could now be law enforcement present at any work area along the side of the road. It also means that more drivers will likely face fines and citations if they refuse to abide by the speed limit in those work zones.

So, what should motorists watch for? The main factor is if there is anyone, particularly workers, along the side of the road. If there are orange barrels and flashing lights or “workers ahead” signs, there is also a good chance that law enforcement is on the scene.

I was trying to convince Swamp Rabbit that there was nothing new about Donald Trump’s style of racism, that Randy Newman had sung about it long before Trump became president.

I told him that Republican Richard Nixon, running for president in 1968, wooed Southern white Democratic voters by stoking their anger regarding desegregation laws. And that Alabama Governor George Wallace, running as a third-party candidate that year, also reached out to Democrats, and ultimately helped get Nixon elected.

And that Lester Maddox of Georgia, another segregationist governor, walked off the set of the Dick Cavett Show in 1970 when Cavett refused to apologize for implying that some of Maddox’s constituents were racists.

And that all these events influenced singer/songwriter Newman, whose 1974 album Good Old Boys, addressed America’s enduring racial divide in ruefully funny songs like “Rednecks,” told from the point of view of a Southern bigot who understands that the North has been no kinder to black people than the South:

And I told Swamp Rabbit that Newman, in 1977, released an album that included “Baltimore,” a song about a big city on the skids (Oh Baltimore! Man, it’s hard just to live) that could have been written last week.

And that the blowhard Trump, ranting on Twitter in 2019 about “disgusting, rat and rodent infested” Baltimore — its population is about 64 percent black and its poverty rate about 24 percent — would sound just like Wallace and Maddox if not for his Northern accent and his tendency to make remarks even more blatantly racist than anything those governors ever said.

And I reminded the rabbit that almost every prominent Republican politician has either defended Trump’s recent racist remarks or declined to comment, which puts them all on the wrong side of history.

Swamp Rabbit stopped me and said, “Where you goin’ with all this, Odd Man? I already know Republicans ain’t worth a damn.”

“Just wanted to turn you on to Randy Newman,” I said. “Politicians come and go, but good songs never get old.”

Footnote: Dick Cavett is a gentile from Nebraska, not a Jew. Newman, who is Jewish, has always enjoyed using unreliable narrators.

One more: Anyone who pretends they’re surprised by the recently discovered recording of Ronald Reagan referring to black people as monkeys during a conversation with Richard Nixon either wasn’t around when Reagan was in office or wasn’t paying attention.

“The high ranking is certainly troubling,” says John M. Cooper of Cooper Hurley Injury Lawyers. “It is clear that something has to be done about it. With law enforcement already in full force around the city, the only way to bring those numbers down is for drivers to change their own habits. That is not always so easy.”

Virginia Beach has one of the highest rates of drunk drivers in the country. That is what a study conducted by QuoteWizard, a Lending Tree company, says. According to the study, which looked at the number of drivers with DUIs on their record, Virginia Beach ranked tenth among U.S. cities. Law enforcement in the city agrees that Virginia Beach has a drunk driving problem, even with their aggressive tactics to stop it.

Law enforcement in the city has already started cracking down on drunk drivers to attempt to get the problem under control. There are often checkpoints around the city, and the Virginia Beach Police have even created a special operations traffic safety unit and a fatal crash team. These teams consist of ten officers that rotate DUI enforcement every day.

Officers say that those caught impaired behind the wheel will face prosecution to the fullest extent of the law. For victims of car accidents though, that does little to help. However, it is important that those hurt by drunk drivers understand they can claim compensation if they are injured in a crash.

It is also not only law enforcement around the city that have noticed the problem. The DMV has also given the Virginia Beach Police a grant to pay 30 officers overtime, so they can continually try to get drunk drivers off the streets.

Impaired driving is one of the most dangerous driving behaviors individuals can engage in. Violating drunk driving laws is usually a clear case of negligence. When one driver is negligent and hurts another in a car crash, accident victims can hold the intoxicated operator liable for any expenses or losses associated with injuries caused by a crash. It is important that those injured by a driver who was drinking to speak to an attorney who can help with a personal injury claim.

Can I just say how much I love this guy? Malcolm Jenkins is a great human being, and Philadelphia loves him for it: 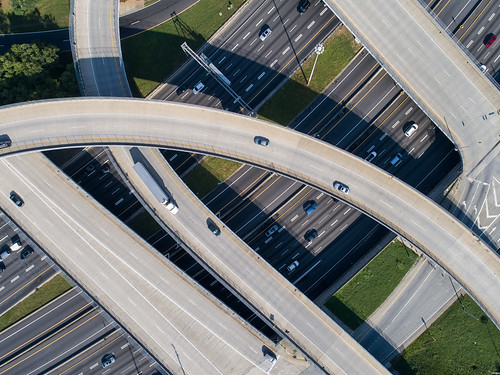