Doc was much loved here in Philadelphia. Just a sweetheart.

Former Phillies star pitcher Roy Halladay died in a plane crash in the Gulf of Mexico on Tuesday. He was 40. CBS Philly first reported on the plane crash. Tampa Bay’s CBS affiliate reported that the plane was owned by Halladay. END_OF_DOCUMENT_TOKEN_TO_BE_REPLACED

What a game, huh? What a game. I was so impressed by Cleveland, too. That team just wouldn’t quit:

The Chicago Cubs ended their 108-year World Series drought on Wednesday, and no one had more fun than Bill Murray. The actor and longtime Cubs fan, who we last saw giving a World Series ticket to a fan turned away at the box office, was in the stands in Cleveland for Chicago’s incredible Game 7 win…… END_OF_DOCUMENT_TOKEN_TO_BE_REPLACED

Indians party like it's 1997 after winning pennant https://t.co/2N0lHYJyqP via @mlb 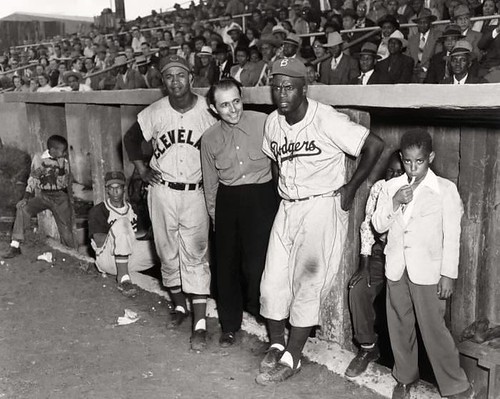 Major Baseball League’s first black player is pitched to receive a posthumous apology for the bitter racism he endured 69 years ago during a visit to the City of Brotherly Love.

Philadelphia’s City Council unanimously passed a resolution today to officially apologize to the late Jackie Robinson who made MBL history on April 15, 1947.

“Unfortunately in Philadelphia, Jackie Robinson experienced some of the most virulent racism and hate of his career,” Councilwoman Helen Gym, who introduced the resolution, told ABC News. “Our colleagues decided to introduce this resolution to celebrate Jackie Robinson.”

Robinson was refused service by a local hotel in the city and was taunted by Philadelphia Phillies manager Ben Chapman. Opposing players would hurl racial slurs every time Robinson went up to bat.

The Kansas City Royal come from behind in the ninth inning to beat the Mets and win the World Series! (I’m so old, I remember when the Phillies used to play heartstopping post-season games like that!) Congrats, KC!

NEW YORK — The legend of the 2015 Kansas City Royals came to a full and insane completion here at Citi Field on Sunday night as the team from Missouri did a “Show Me” tap dance on the heads and hearts of every New York Mets fan in the fifth and ultimately final game of the 111th World Series.

The Royals are baseball’s champs for the first time in 30 years, 7-2 in 12 innings. But that number “111” may actually be more appropriate than any final score or time between titles. Apparently, that’s the number of times you have to kill the Royals to keep them dead. Otherwise, it’s just Halloween every day of the postseason until the last soul-scorching defeat they inflict on a merely mortal foe.

The Mets will tell their grandchildren to the end of their days, “Turn off that damn horror movie! No more ‘Night of the Living Dead.’ It seems too real. I had to play the Undead Royals in the World Series!”

Perhaps you need a sense of baseball odds to grasp the near impossibility of a team having eight come-from-behind wins in its 11 road-to-a-title victories, including seven comebacks from two-or-more runs behind. Nah, you get it.

What the Royals did to the team with the superhero nicknames for its stars was right out of a comic book with capitalized captions: Stomp, Crunch, CRASH!!!

We are deeply saddened by the loss of a Yankees legend and American hero, Yogi Berra. pic.twitter.com/Bf8uXxUPzR

Thanks for the memories! Second baseman Chase Utley to the L.A. Dodgers:

It’s gotten to the point where we even fix Little League games? Just awful:

12:45 P.M. TUESDAY: The Central Iowa Little League softball team has advanced to the semifinals of the softball world series in Portland, Ore., following a 3-2 victory this morning over the West regional champion from Snohomish, Wash.

The two teams played the game to settle a berth in the tournament’s final four after the outcome of a Monday game involving the Washington squad was called into question because of allegations of throwing the game (details below).

Iowa erased a one-run deficit by scoring two runs in the top of the third inning on an RBI double and a Washington error to take its deciding advantage. Iowa pitcher Mikayla Houge recorded six strikeouts over the final three innings and 11 on the morning to help seal the victory.

Washington stranded a pair of runners in both the third and fourth innings, but did not have a hitter reach base in the final two frames.

Iowa is believed to be the second-seeded team advancing out of its pool, which would mean its semifinal game is scheduled for 6 p.m. CST on ESPN2 against the East qualifier from Warwick, R.I. The other semifinal is scheduled for 8:30 p.m. Tuesday. A full schedule has not yet been confirmed.

This story will be updated when pairings are finalized by Little League.

9 A.M. TUESDAY: Little League International issued a Tuesday morning news release after the outcome of a Monday game in the organization’s softball world series was questioned.

“The Little League International Tournament Committee recently received credible reports that some teams did not play with the effort and spirit appropriate for any Little League game,” the release states.

Given the circumstances, the release continues, the governing body was requiring “that a tie-breaker game be played between the two affected teams – South Snohomish Little League and Central Iowa Little League.”

The Central Iowa squad beat a Canadian team 7-0 to finish with a 3-1 record in pool play at the Little League Softball World Series in Portland, Ore.

But then strange things began happening in the following game. Unbeaten South Snohomish Little League of Snohomish, Wash., which was 3-0, lost to a North Carolina team.

Not just a typical 8-0 loss. A no-hitter by North Carolina that resulted in allegations of cheating.

Chris Chadd, president of Central Iowa Little League, said he believes the Washington team benched starters and ordered every player to bunt in an attempt to lose the game.

“It’s clear to everyone that they basically threw the game,” Chadd said.

Chadd said Washington’s players did not attempt to do anything beyond bunting.

“It’s not the girls’ fault,” Chadd said. “It’s the coaches… they should be disqualified.”

The outcome left the Iowans in a three-way tie in their bracket with North Carolina and Washington. 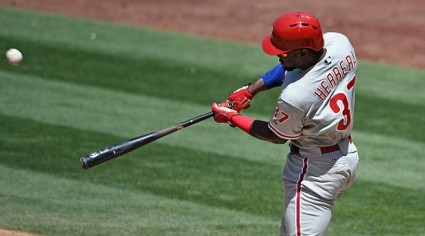 I almost drove out to Allentown this weekend to take a look at the new talent (I love me some minor league baseball), but never quite got it together. Oh well! The major league version just swept the Padres. Crazy! I’ve always said, you know you’re a real Philadelphian when you don’t start paying attention to the Phils until late July, but this is ridiculous.

So now that he’s waived his no-trade clause, will Chase Utley go to San Francisco for the post-season? Stay tuned for these and other questions.