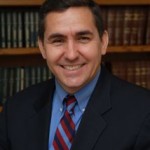 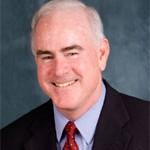 Here’s an everyday Philadelphia-area political story with all kinds of potential ripple effects, so let’s get to it.

Bryan Lentz (left) is the progressive PA state legislator who was originally supposed to run for Curt Weldon’s 7th District seat in 2006, but was asked to step aside by Rahm & Friends to allow Joe Sestak (who’d been away from the 7th for 28 years while in the Navy) to run. (Which is why I’m not too sympathetic to Joe running against Arlen Specter on his claim that we “can’t let the Democratic party bosses” pick our candidates. Except when the candidate’s Joe. But whatever.)

Anyway, now that Sestak isn’t running for reelection, it’s Lentz’s turn. But even if he gets the nomination, he still has to win the general election against Patrick Meehan, the former Bush-appointed U.S. Attorney for the Eastern District. And here’s where the story gets interesting:

State Attorney General Tom Corbett’s agents are already investigating Meehan’s petitions in the race. Lentz says he wants the Justice Department’s public-integrity section to take the case because Corbett could be reluctant to bring charges against fellow Republicans in the middle of his gubernatorial campaign.

Speaking over noise from Market Street traffic and a Republican heckler at a news conference outside the federal courthouse, Lentz shared more evidence of possible fraud on Meehan’s petitions:

Voters’ names misspelled or signed two or three times; hundreds of signatures purportedly gathered by one person on one day; a circulator with variations of his own last name.

Lentz, who has gone into attack mode seven months before the November election, said the findings create an “impression of people sitting down and just copying names off the voter roll.”

“I found it shocking and upsetting that [I’m] just an average person, and someone came along and stole my identity,” said Pam MacDonald, of Upper Darby, who said her forged signature was among the 3,627 names Meehan submitted to get on the ballot.

Lentz said the evidence his campaign has gathered – including through the use of private investigators – is “just the tip of what is a very expansive case of not just forgery, but false swearing, deception and other acts of fraud.”

Many of the confirmed forgeries can be traced to Paul Summers, a local Republican operative close to Upper Darby GOP Chairman John McNichol.

Summers claims to have gathered 643 signatures over a two-day period leading up to the filing deadline last month.

“You might wonder how one person could do that, and the answer is, there appears to be more than one Paul Summers, and they all live at the same address,” Lentz said, pointing to petitions that show Summers’ last name spelled three ways on the circulator line.

Now, Meehan is the thoroughly political product of the Delaware County Republican machine. (He was Rick Santorum’s campaign manager, among other things.) He was elected Delaware County D.A. after being appointed to fill out the term of his predecessor Bill Ryan, who resigned (the county GOP likes to give their candidates a thin veneer of competence, and of course an incumbent’s advantage) with no prosecutorial experience.

But the party bosses wanted him, and local reporters (myself included) assumed they had bigger plans for the photogenic Meehan.

The Delaware County GOP used to wield a lot of power on the national level, mostly because their machine was famous for delivering enough votes in the most heavily-populated suburban county to balance the high Democratic turnout in the city. They’ve been losing their touch, though – since the county demographics have trended younger and more liberal, the Democrats have been winning the presidential race in Delco, and Sestak won Weldon’s seat. Still, thanks to their famously all-pervasive patronage machine, the GOP still delivers like clockwork on the state races, and that matters, because Pennsylvania wields national political clout.

And that’s how prosecutorial lightweight Pat Meehan got appointed by George Bush as U.S. Attorney. And how was he? Let’s put it this way: There’s not even a rumor that Karl Rove ever asked to have Pat kicked out of his job for refusing to make the right political choices. (And from what I hear, the Curt Weldon investigation that resulted in Curt losing his seat, the one that “proves” Meehan is a non-partisan reformer – was first handled by Public Integrity in D.C., which didn’t even tell Meehan that Weldon was being investigated until it was in its final stages, and presumably too late to sandbag. Apparently they didn’t trust him any more than I do.)

Once appointed in 2001, Meehan immediately started a number of high-profile public corruption prosecutions, almost all of them of Philadelphia Democrats, for pay to play scandals. (He did announce one or two investigations into small-town Republicans, but the investigations were, of course, dropped without indictment.)

Since by then I was no longer in the newspaper business, I amused myself by writing letters to the editor. Every time I saw another shallow yet glowing story about “reformer” Meehan, I’d write, “What is it about Pat Meehan that causes him to have amnesia every day when he crosses the county line to go to work? Because either he never noticed any pay-to-play action in Delaware County while he was D.A., which makes him stupid, or he’s only prosecuting Democrats, which makes him corrupt.”

But for some reason, they never printed my letters. This was even more amusing to me, since the Philadelphia Inquirer had to know I was right. After all, their own reporters did many, many stories about Delco pay-for-play scandals.

Anyway, it was commonly assumed that Meehan would be the next person in line for governor. I don’t know what happened, because next thing I heard, he resigned to run for Weldon’s old seat against Lentz.

So you have the Great Republican Reformer, running against a progressive Democrat for Congress with a bunch of machine-delivered and probably-forged nominating petitions, and the Democrat is demanding that the Obama administration investigate. Because the Republican state attorney general, who’s also running for governor and is counting on the Delco machine to deliver votes, has what you might call a blatant conflict of interest.

I must say, I like Bryan Lentz’s style. (If you do, too, you can contribute here.)

Stay tuned. Because if Public Integrity does takes the case, this will get very, very interesting.

2 thoughts on “A Tale of Two Candidates”