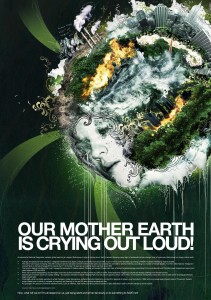 I’ve always been a little uncomfortable with the big Memorial Day parade that wends its way through my neighborhood every year. Yes, we’re honoring the service of those who fought. But why are we always fighting? No one ever seems to answer that question.

I’d love to see Iraq Veterans for Peace marching in my local parade, but I don’t think it would go over too well.

Doesn’t it seem like the earth is crying out against the various indignities we’ve visited upon her in the last 50 years? She just can’t take it anymore, and she’s trying to let us know: scorching heat, earthquakes, tornadoes, hurricanes, volcanoes. “Enough! Please, stop hurting me.”

I’ve never been one of the Gaia worshipers who personalize the planet, but lately, that’s how I think.

And now today, the Israelis massacre people for trying to bring humanitarian aid to Gaza. Oh yeah, the Israeli PR machine is already in full swing (hey, if the activists really had guns, why were they trying to fight you off with sticks and poles?) and by the time the American right wing is done, the attackers will be the victims and the dead will be forgotten.

We are so vulnerable to the official version of events. Do you really believe everything we’re told? Hell, we still don’t have the truth about who killed the Kennedys, and Martin Luther King.

When after all, it was you and me.

I never wanted to be an activist. I just wanted all this stuff to go away, so I could live some semblance of a normal life. Enough to pay the rent, put food on the table and keep the car running while I write – fairly modest goals, right?

But that corporate war machine keeps getting in the way.

It sucks up all the money. The defense companies get paid, the contractors get paid, and the politicians get paid. (Oddly enough, soldiers barely get paid – and their injured bodies and spirits are certainly not sufficiently tended to.)

And when it comes to protecting the planet, well, I think it’s too late. The first clue came decades ago with the shameless corporate and right-wing lobbyists and their fake campaigns, telling us global climate change is perfectly normal.

What planet do these amoral monsters live on? Where do they think their grandchildren will live?

So no, today I’m not going to honor the corporate war machine and its affiliated enablers. I’ll remember the soldiers who died, the ones who served, and all the human wreckage we left behind – both here, and in other countries.

And I’ll remember what the Gulf of Mexico used to look like.

But this is the only flag I’m going to fly. 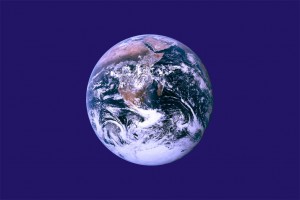