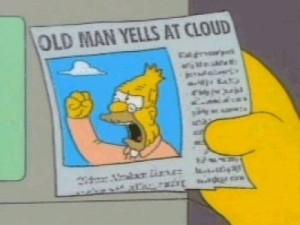 Choosing bluster over blushing, Breitbart told Matt Lewis in a Politics Daily interview: “I couldn’t wait to get this story. I knew from past experience that I had a news cycle to get this out.” Later in the interview, Breitbart underscored his cavalier publish-or-perish approach to fact-checking: “It had to be done at the exact moment in time that the press would notice it.” A new report by the Project for Excellence in Journalism details how the Sherrod charade migrated from conservative blogs taking their cues from Breitbart to Fox News and then to CNN.

Breitbart is just a symbol of a larger problem that transcends the poison-pen politics of ideological warriors (of both the right and left) and the slippery ethics of the blogosphere. We have collectively blundered into a P.T. Barnum media age when being first trumps being accurate. The economic rewards of the Internet flow to those who win the search-engine wars by being fast and furious rather than to those laggards who wait to be accurate and comprehensive. It is as if the motto of today’s journalism has become: “He who dies with the most clicks wins.”

Every second, we are mentally assaulted by hyperbolic cable TV “breaking news” alerts, data bursts and Twitter trivia. Meaning and context disappear amid the bite-sized news nuggets. In the world of politics, every new poll, TV ad and opposition-research press release is treated as a game changer on par with Newt Gingrich handing down the Contract With America from Mount Sinai. If everything is equally important, then simultaneously everything is equally unimportant.

I have to wonder: Did Walter Shapiro simply sleep through the Whitewater “scandal” that was freshly fueled every single day by the New York Times? Yeah, I get his point. I think the news cycle does drive inaccuracy. But bloggers didn’t invent this “go-go” news mentality, they only learned to take advantage of it. Even the voracious cable networks didn’t invent it – they only sped it up.

Clutching your pearls and pointing to “ideological warriors” isn’t going to solve the problem. (I mean, you’re pointing to Newt’s Contract On America as a “game changer” when it was really a bunch of meaningless blather. What made it a “game changer” was the relentless repetition by the Beltway bobbleheads. They kept talking about it as if it were meaningful, and so people began to take it seriously.)

But the biggest factor is that the corporations that own and direct news organizations care only about the bottom line. It’s to their benefit to hype news as much as possible. That gets more viewers, more viewers means higher ratings, and higher ratings mean more lucrative ad sales.

As much as I can’t stand the man, Andrew Breitbart isn’t the problem. He’s only a symptom of this very sick corporate culture. If the news business weren’t so eager to chase every ad dollar (remember, once upon a time, network news operated at a loss and was considered to be a public service), they wouldn’t be so eager to bite at every juicy fabrication tossed their way by the likes of Breitbart.

Oh, and Walter? As a rule of thumb, liberal bloggers aren’t the ones with the “slippery ethics.” If you weren’t a lazy “he said, she said” journalist who throws false equivalence into a story to appear “fair,” you’d know that liberal bloggers, much like the corporate journalists, actually do attempt to get the facts straight. (Even though most of us aren’t getting paid to do so.) We don’t manufacture stories out of whole cloth, nor do we knowingly twist and distort the facts. (*cough* Judy Miller *cough*)

If you were doing your job, you wouldn’t need me to tell you that. You’d already know. Instead, you sound like Grandpa Simpson, yelling at those damned blogger kids to get the hell off your lawn.

5 thoughts on “You Kids Get Off My Lawn”