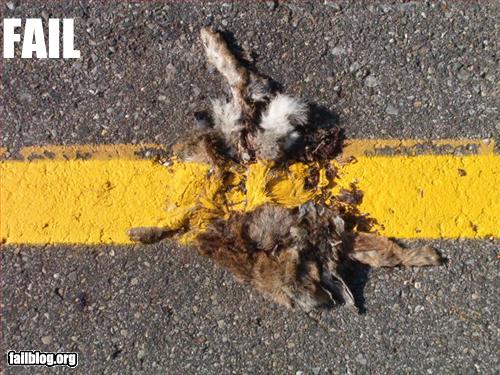 Oh yeah, where all the roadkill is!

Apparently our president gets a little bit of a thrill because “Americans of different beliefs came together again.”

Again. As I think most people will agree, Mr. President, simultaneous orgasm is a highly overrated goal. When one person comes, the other person gets to be the person who made it happen. But when both people come at the same time, the observer effect is greatly diminished and it’s not the same.

But maybe that’s not what you meant. Maybe you meant a “kumbaya” moment.

Mr. President, do you understand that our two-party system is supposed to be adversarial, and that to the victor goes the spoils? Do you understand that even if you’ve managed to make independents happy, you’re losing enough liberal Democrats that it should make you nervous?

Of course you do. You just don’t give a shit. You’re golden, the professional protege. You’ve had your path smoothed for so long, you’ve started to believe your own PR. Word of advice: Don’t. You’re just not that good. Not when unemployment is likely headed back to double digits and the price of food and gas is on a steep upward trajectory.

You may fool enough people to get reelected, but guess what? Then you lost your biggest excuse.

I can’t wait until Wednesday, when once again you’ll piss on our legs and tell us it’s raining.

7 thoughts on “Middle of the road”