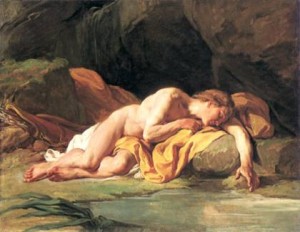 Via Corrente. This sort of thinking is exactly what depressed me so much after working on the local mayoral primary. I saw that members of the media — and progressives– were supporting one candidate because of how much he resembled them. And once those newspapers and blog decided they were the ones who should be allowed to pick the candidate, it was all over.

It didn’t even matter who they picked; it was a profoundly undemocratic and narcissistic process. I looked at what happened here in this city and realized it had to be replicated on the national level, and that meant that the entire system was too corrupt to represent the interests of anyone not plugged into the elite levels.

That was four years ago, and I haven’t seen anything since then that has changed my mind. If anything, it’s even worse:

Unfortunately they do care, and care very much, if the Democrats speak good English, finish a sentence, and handle questions well.  That’s it.  That’s all it takes.  Just a president whose words are more pleasing to the ear, no matter what they’re actually saying.  Someone articulate and educated.  Someone who’s probably listened to a few episodes of This American Life.  Someone who reads the New Yorker or the New York Times or best of all, both.  Someone who has a favorite espresso drink, whatever it may happen to be.  In short, someone who at least gives the appearance of being one of us.

Just that and nothing more and the tedious minutiae of betrayals and crimes is not only forgiven, but all but forgotten.  The platitudes of Democrats like Obama are not just “the triumph of word over flesh, over color, over despair”, but over reality.