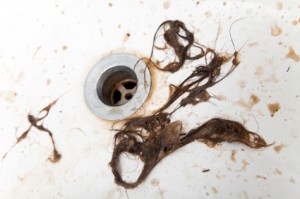 There was this one chore I’ve put off for years: Disposing of a drawer full of tapes from a video diary I’d kept during a very strange, sad time in my life. (I didn’t have insurance, couldn’t afford a shrink.) While I was doing it, I thought of one day editing the whole thing into some kind of art piece but decided that was just too strange, even for me. But what to do with all those tapes?

I mean, for one thing, you don’t want to just toss something so personal in the trash and have it turn up somewhere. But I couldn’t afford one of those electromagnetic tape erasers, so I was stuck for a solution.

There they sat, stuck in a bottom drawer, something I’d never consciously think about until I had to move again. But I’m sure they were emanating bad vibes, anyway. Today I realized I really did need another drawer, and it was time. (This is, after all, the purging season.)

I sat down with a trashbag and a pair of scissors, yanking the recording tape out and cutting it off at the ends. Some of them were labeled, and I was tempted: “That year wasn’t such an awful summer, maybe I could look at just that one.” But I knew better, and I didn’t.

Now they’re done and all that negative karma’s been carted out to the curb, where it belongs. I’m glad I didn’t watch any of them; the person I am now wouldn’t relate to the person I was then.