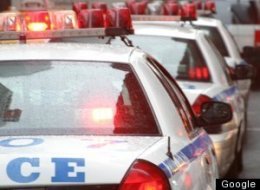 I wrote last week about the multi-million dollar contribution to the NYPD from JPChase, but it turns out the corporate influence goes much deeper than that. Pam Martens, an activist who successfully sued the NYPD after her arrest for handing out leaflets about corruption at Citibank, tells us a lot of things we didn’t know about the relationship between the NYPD and Wall Street, and it’s jawdropping information:

If you’re a Wall Street behemoth, there are endless opportunities to privatize profits and socialize losses beyond collecting trillions of dollars in bailouts from taxpayers. One of the ingenious methods that has remained below the public’s radar was started by the Rudy Giuliani administration in New York City in 1998. It’s called the Paid Detail Unit and it allows the New York Stock Exchange and Wall Street corporations, including those repeatedly charged with crimes, to order up a flank of New York’s finest with the ease of dialing the deli for a pastrami on rye.

The corporations pay an average of $37 an hour (no medical, no pension benefit, no overtime pay) for a member of the NYPD, with gun, handcuffs and the ability to arrest. The officer is indemnified by the taxpayer, not the corporation.

New York City gets a 10 percent administrative fee on top of the $37 per hour paid to the police. The City’s 2011 budget called for $1,184,000 in Paid Detail fees, meaning private corporations were paying wages of $11.8 million to police participating in the Paid Detail Unit. The program has more than doubled in revenue to the city since 2002.

The taxpayer has paid for the training of the rent-a-cop, his uniform and gun, and will pick up the legal tab for lawsuits stemming from the police personnel following illegal instructions from its corporate master. Lawsuits have already sprung up from the program.

Apparently the city doesn’t bother to insure the NYPD for liability, saying it’s cheaper to shell out for settlements. (Here’s a guy who was strong-armed by those private detail cops for daring to attempt to use the bathroom during a 9/11 tribute at a Yankees game. Wonder how much that cost the city? In the past decade, the NYPD has paid almost a billion dollars in legal settlements.)

When the program was first rolled out, one insightful member of the NYPD posted the following on a forum: “… regarding the officer working for, and being paid by, some of the richest people and organizations in the City, if not the world, enforcing the mandates of the private employer, and in effect, allowing the officer to become the Praetorian Guard of the elite of the City. And now corruption is no longer a problem. Who are they kidding?”

[…] When the infamously mismanaged Wall Street firm, Lehman Brothers, collapsed on September 15, 2008, its bankruptcy filings in 2009 showed it owed money to 21 members of the NYPD’s Paid Detail Unit. (A phone call and email request to the NYPD for information on which Wall Street firms participate in the program were not responded to. The police unions appear to have only scant information about the program.)

Other Wall Street firms that are known to have used the Paid Detail include Goldman Sachs, the World Financial Center complex which houses financial firms, and the New York Stock Exchange.

[…] On September 8, 2004, Robert Britz, then President and Co-Chief Operating Officer of the New York Stock Exchange, testified as follows to the U.S. House Committee on Financial Services:

“…we have implemented new hiring standards requiring former law enforcement or military backgrounds for the security staff…We have established a 24-hour NYPD Paid Detail monitoring the perimeter of the data centers…We have implemented traffic control and vehicle screening at the checkpoints. We have installed fixed protective planters and movable vehicle barriers.”

Military backgrounds; paid NYPD 24-7; checkpoints; vehicle barriers? It might be insightful to recall that the New York Stock Exchange originally traded stocks with a handshake under a Buttonwood tree in the open air on Wall Street.

In his testimony, the NYSE executive Britz states that “we” did this or that while describing functions that clearly belong to the City of New York. The New York Stock Exchange at that time had not yet gone public and was owned by those who had purchased seats on the exchange – primarily, the largest firms on Wall Street. Did the NYSE simply give itself police powers to barricade streets and set up checkpoints with rented cops? How about clubbing protesters on the sidewalk?

[…] Police Commissioner Ray Kelly may also have a soft spot for Wall Street. He was formerly Senior Managing Director of Global Corporate Security at Bear, Stearns & Co. Inc., the Wall Street firm that collapsed into the arms of JPMorgan in March of 2008.

There has also been a bizarre revolving door between the Wall Street millionaires and the NYPD at times. One of the most puzzling career moves was made by Stephen L. Hammerman. He left a hefty compensation package as Vice Chairman of Merrill Lynch & Co. in 2002 to work as Deputy Commissioner of Legal Matters for the NYPD from 2002 to 2004. That move had everyone on Wall Street scratching their head at the time. Merrill collapsed into the arms of Bank of America on September 15, 2008, the same date that Lehman went under.

Wall Street is not the only sector renting cops in Manhattan. Department stores, parks, commercial banks and landmarks like Rockefeller Center, Jacob Javits Center and St. Patrick’s Cathedral have also participated in the Paid Detail Unit, according to insiders. But Wall Street is the only sector that runs a private justice system where its crimes are herded off to secret arbitration tribunals, has sucked on the public teat to the tune of trillions of dollars, escaped prosecution for the financial collapse, and can put an armed municipal force on the sidewalk to intimidate public protestors seeking a realignment of their democracy.

We may be learning a lot more in the future about the tactics Wall Street and the NYPD have deployed against the Occupy Wall Street protestors. The highly regarded Partnership for Civil Justice Fund has filed a class action lawsuit over the approximately 700 arrests made on the Brooklyn Bridge on October 1. The formal complaint and related information is available at the organization’s web site, www.JusticeOnLine.org.

The organization was founded by Carl Messineo and Mara Verheyden-Hilliard. The Washington Post has called them “the constitutional sheriffs for a new protest generation.”

The suit names Mayor Bloomberg, Police Commissioner Kelly, the City of New York, 30 unnamed members of the NYPD, and, provocatively, 10 unnamed law enforcement officers not employed by the NYPD:

Defendants JOHN or JANE DOES 31 – 40 are unidentified law enforcement officials, officers or agents who, although not employed by the NYPD, did engage in joint action with the NYPD and its officials, officers and agents to cause the mass false arrest of the plaintiff class.

I contacted Martens for clarification. She said the attorneys seem to believe the FBI and/or Secret Service may have had a presence in or around the protest. Martens has also filed a “sunshine” request under NY state laws to see how many of the 30 NYPD referenced in the lawsuit were working for Wall Street that day.

2 thoughts on “Who really owns the NYPD? Part 2”