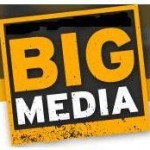 The unholy alliance between Congress and media corporations will most likely result in the passage of SOPA, and could mean the end of blogging as we know it:

Some of the original engineers of the Internet called Thursday for lawmakers to scrap anti-piracy bills, saying the proposals would pose major technological barriers for the Web and stifle new innovations.

The letter comes as House Judiciary committee members on Thursday debate the Stop Online Piracy Act introduced by Lamar Smith (R-Tex.) that has drawn impassioned support from media firms but opposition by Web firms and some public interest groups.

At the hearing, California Reps. Zoe Lofgren (D) and Darrell Issa (R) have asked the committee to reconsider the bill and amendments to it in a hearing.

But many lawmakers of both parties are in support of the legislation.

“Because the U.S. produces the most intellectual property, our nation has the most to lose if we fail to address the problem of rogue sites,” said Judiciary Committee Chairman Smith said in a statement.

Engineers, however, have warned that the bills have been introduced without enough consideration of how laws would affect the Internet.

“If enacted, either of these bills will create an environment of tremendous fear and uncertainty for technological innovation, and seriously harm the credibility of the United States in its role as a steward of key Internet infrastructure,” the engineers wrote.