Last week, while working on a documentary about hunger in Michigan, Russ Russell had an experience that left him speechless.

“I was visiting with this family and one of the little boys said he wasn’t going to eat,” said Russell, development director for Forgotten Harvest, a Detroit-based nonprofit that rescues and redistributes fresh food. “He said, ‘Oh, I’m not eating dinner because it’s my brother’s turn tonight. Tomorrow is my night.’”

Three months after implementing a plan to push many long-term welfare recipients off the state’s rolls, Michigan is deeply divided about its impact. It’s as if Russell and Corrigan are talking about different states.

[…] “You have to wonder if they are asking the right questions, really looking in the right places or if it’s just too early for the problems to show clearly,” said Gilda Jacobs, president and CEO of the Michigan League for Human Services, about Corrigan’s testimony and the impact of the changes to the welfare rolls. “I’m certainly hearing stories.”

Food banks and other agencies that help the needy are reporting a rise in those seeking help. Some of the more than 200 agencies to which Forgotten Harvest, a nonprofit that distributes fresh food, now have 30- to 45-day wait-lists for access to their food programs, Russell said. Forgotten Harvest provided the food for 12 million meals in 2008; if trends from the first two months of this year continue, the agency expects it will need to provide 36- to 40 million meals.

At the Gleaner’s Community Food Bank in Detroit, the agency distributed 22 percent more food between October and January than it did during the same period one year ago 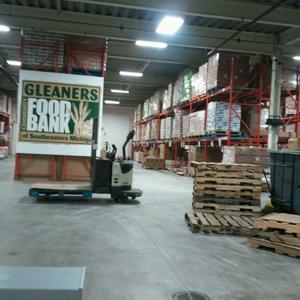 , staff said. But it’s unclear how much of the increase can be attributed to safety net program cuts.