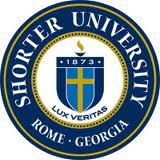 Close to 60 of its faculty will not renew their contracts for new school year. The school has about 100 full time faculty members.

This is due to the requirement to sign a “Personal Lifestyle Statement.”

Here is part of the statement:

I agree to adhere to and support the following principles (on or off the campus):

1. I will be loyal to the mission of Shorter University as a Christ-centered institution affiliated with the Georgia Baptist Convention.

2. I will not engage in the use, sale, possession, or production of illegal drugs.

3. I reject as acceptable all sexual activity not in agreement with the Bible, including, but not limited to, premarital sex, adultery, and homosexuality.

4. I will not use alcoholic beverages in the presence of students, and I will abstain from serving, from using, and from advocating the use of alcoholic beverages in public (e.g. in locations that are open to use by the general public, including as some examples restaurants, concert venues, stadiums, and sports facilities) and in settings in which students are present or are likely to be present. I will not attend any University sponsored event in which I have consumed alcohol within the last six hours. Neither will I promote or encourage the use of alcohol.

The University is practically decimated. Four out of seven deans will not be returning. The School of Professional Programs (remote learning for non traditional students) is the largest tuition draw, has lost a sizable portion of its students and 20% of its faculty. The College of Nursing has lost all but 2 inexperienced faculty members. The faculty that left is developing a new nursing program at nearby Berry College. Music and Theater has historically been a big draw to the undergraduate program at Shorter and they will lose 12 out of 20 faculty members. A tenured librarian of 14 years has also turned in his resignation.

Inside Higher Ed has an article giving some background:

In 2002, Shorter’s board of trustees voted to break away from the Georgia Baptist Convention after a dispute about who would appoint the college’s board. In the past, the state convention had chosen from a list of candidates approved by the college; beginning in 2001, it began to put its own board members forward.

The state convention fought the move, and the case went to the state Supreme Court, which ruled in 2005 which ruled the college did not have authority to sever ties with the church on its own……
Another Georgia Baptist college, Mercer University, provides a view of an alternate path, had Shorter won at the state supreme court.

When Shorter sought independence from the Baptist convention, it used Mercer as a model: at the time, the college’s charter limited the convention’s control over the board of trustees. In 2006, not long after Shorter lost its court case, the convention cut ties with Mercer entirely, the result of a dispute about both institutional control and the rights of gay student groups.

Unlike Shorter, that separation stuck. Thus, five years later, a few days after Shorter announced its new faith statements, Mercer announced an employment policy change of its own: the Baptist university is now extending health insurance and other benefits to employees’ same-sex partners.

I suppose the Georgia Baptist Convention can take the school in any direction they see fit. It is a private institution. But tearing down this university’s academic integrity will be no door to heaven.