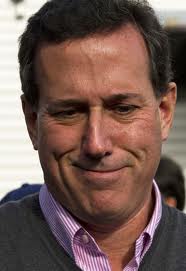 Of course, it’s highly unlikely anything will actually come of it, which is the problem. These arrangements are so common in politics, they’re hardly worth mentioning — because no one is ever successfully prosecuted:

The Federal Election Commission is asking former presidential candidate Rick Santorum, Iowa evangelical leader Bob Vander Plaats and an anti-gay marriage organization to tell the agency why it should not investigate an allegation that they violated campaign finance limits during the last election.

The complaint, brought by Fred Karger, a gay rights activist who ran a quixotic campaign for the Republican presidential nomination in 2012, accuses Santorum of coordinating with the National Organization for Marriage to pay $1 million to Vander Plaats to endorse him, with the money eventually going for ads backing Santorum. That would be a violation of campaign finance law.

Head of the group the Family Leader, Vander Plaats is an influential member of Iowa’s evangelical community who got a reputation as a kingmaker after he endorsed former Arkansas Gov. Mike Huckabee, the surprise winner of the 2008 caucuses. So there was considerable competition among last year’s contenders for the GOP presidential nomination to win his backing.

Vander Plaats endorsed Santorum two weeks before the caucuses. Santorum eked out a victory overeventual nominee Mitt Romney at the caucuses, propelling his long shot campaign towards being a more serious contender.

Karger alleges that Vander Plaats was shopping his endorsement around for $1 million, citing an ABC News report at the time that relied on unnamed sources. Santorum and Vander Plaats did not characterize their interaction that way.

Santorum acknowledged at the time that money was discussed at a meeting with Vander Plaats but that the evangelical leader did not ask Santorum for it. Vander Plaats said that he wanted money from Santorum backers to run television ads backing him.