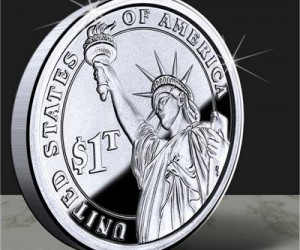 On the debt ceiling, even if he chooses not to acknowledge them:

Why not point out that if the Administration does not negotiate with the Republicans, it can still prevent defaults and shutdowns due to the failure to raise the debt limit? Is it because the President prefers a crisis atmosphere, and perhaps even a shutdown to prepare the way for the treasured “grand bargain” on entitlements he has been seeking since at least January 2010, when he appointed the beloved Bowles-Simpson Catfood Commission?

That there may be something to this, is suggested by two things happening this morning. In his address to the Business Roundtable, the President stated his willingness to negotiate with the Republicans on the budget on matters including entitlements, along with his unwillingness to negotiate with them on the debt ceiling. Since the issue of the budget and a government shutdown occurs first, at the end of this month, he is saying that he is willing to do a deal on the budget with entitlements on the table, if the Republicans agree to give him a clean debt limit increase bill.

Then later on MSNBC’s “NOW with Alex Wagner” during a panel discussion also, including Alex Wagner, David Corn, and Ezra Klein again. After Ezra once again repeated his apocalypse now framing of the debt limit crisis, Sam Stein emphasized that Obama and the Administration continue to emphasize a willingness to negotiate over the budget.

Sam Stein: . . . you can see the contours of a deal that would upset both parties but palatable. something like in exchange for changes to social security payments, cpi, chained cpi. you could get a reprieve from sequestration. something like that along the lines where both parties are like, well, we don’t really want to do it, but for the sake of making sure we pay our bills — that’s why the republicans keep going there. they know obama care defunding isn’t going to happen, but there are other hostages.

Alex: why does president obama come to the table at all?

So, Sam Stein thinks the zombie “chained CPI” lives again, and Ezra agrees, but also thinks that the Republicans will not agree to that unless they get the deals they want. So, once again, the right wing, through their intransigence, may save us from President Obama’s continuing insistence that seniors must suffer now, and future seniors must suffer as well, for the sake of an illusory long-term debt/insolvency problem that doesn’t really exist, and that he can dispel at any moment by minting a $60 T coin.

Meanwhile, the four Versailles “progressives” on this panel laugh at the stupidity of the Republicans who are marching to the doom of their party, while refusing to call attention to the fact that this “funding” crisis, and the previous ones since 2010 were and are all kabuki, since the President could and still can dispel the illusion of possible insolvency any time he chooses to use the power Congress has given him to mint that coin. The big $60 T one; just the timid TDC.

8 thoughts on “The president has other options”