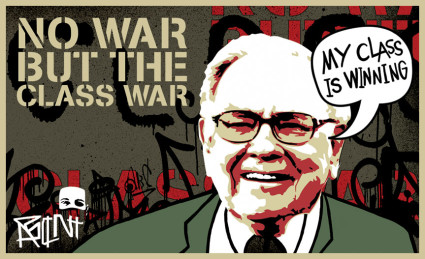 Charlie Pierce on the shutdown:

Let’s just spitball a bit here. Right now, even if their campaign of public vandalism ended at this very moment, the Republicans would still have three-quarters of a loaf because the status quo ante would be a federal budget at (or beneath) the spending levels mandated by The Sequester. Given that, what possible reason do the Republicans — or, at least, those Republicans who are currently driving the strategy now — have not to keep the government shut down not only through the upcoming debt ceiling fight, but for most of the rest of Barack Obama’s term? (Chris Christie might not be president? Too bad.) There is no serious effort within the party’s dwindling Sane People’s Caucus to rein these people in — Peter King? Please. — and there’s no power outside the party structure that’s stronger than the combination of safe districts and independent money that has created the monkeyhouse in the first place. Their concern for the general national interest isn’t worthy of discussion. They are doing what they want to do. They are getting what they want.

“You know, I think you may see a partial shutdown for several days. But [Fox and Friend co-host] Steve [Doocy], people are probably going to realize they can live with a lot less government than what they thought they needed,” she said, prompting host Brian Kilmeade to add, “it’s like the sequester all over.”

This is the unspoken subtext of what the vandalism is all about. This is the real motivation behind all the tricornered hats and the incantations about liberty and all the conjuring words that have summoned up the latest crisis in our democracy. Corporate money is the power behind all of it, and that corporate money has but one goal — the creation of a largely subjugated population and a workforce grateful for whatever scraps fall from the table. To accomplish this, the corporate money not only had to disable the institutions of self-government that are the people’s only real protection, it had to do so in such a way that the people expect less and less of the government and, therefore, less and less of each other, acting in the interest of the political commonwealth. (The dismantling of organized labor is a sideshow to the main event in that the goal there was to cripple organized labor’s political power within the political institutions so that there would be no countervailing force that could be brought to bear against the destruction of its power in the workplace.) For all the endless bloviation about the dead-hand of government, what the vandals in Washington are shooting for right now is a subject population whose tattered freedoms depend on the whimsical ethics of the American corporate class. This is the really deep game being played here, and they’re more than halfway to winning it.

As Digby points out, the Democrats have already offered the draconian Ryan budget minus 10 percent. Unthinkable, and yet, there it is. They’ve sold the political and chattering classes on the idea that we’re not entitled to much, and even that at the whims of the 1%.

One thought on “They’ve already won”