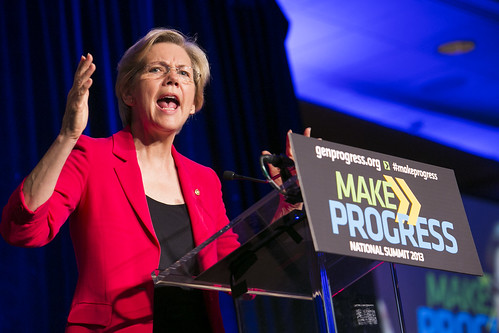 When banks and other corporations are accused of breaking the law, the government often settles cases instead of going to trial. In the wake of the financial crisis, for example, the Department of Justice (DOJ) and government banking watchdogs have settled cases against banks that helped tank the economy. Regulatory agencies have argued that settlements are adequate tools to enforce the law, but Warren has protested. She notes that many settlements are tax-deductible. Other deals are confidential, meaning the public has no idea whether the terms of the agreement are fair.

Warren’s bill would discourage tax-deductible settlements by forcing federal agencies to explain why certain settlements are confidential, and to publicly disclose the terms of nonconfidential agreements so that taxpayers can see how much settlement tax-deductibility is costing them.

Read on for details.

One thought on “New Warren bill could save billions”