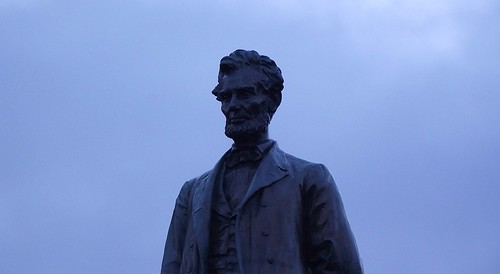 Paul Krugman points out something familiar about the thin skin of the wealthy to any criticism:

For throughout the piece the Journal equates criticism with persecution. If you say that the one percent is taking an excessive share of the pie, or that the Kochs exert undue influence on American politics, you’re engaged in vile persecution — OK, maybe not as bad as Hitler, but in the same ballpark.

May I say that if being criticized is a form of unjust persecution, every day of my life is a pogrom?

And what about freedom of speech? Hey, that’s only for corporations, I guess.

Slightly more seriously: the attitude of that WSJ editorial brought to mind Lincoln’s description of the attitude of Southern politicians in his Cooper Union speech. Obligatory declaration: I am not saying that a high income share for the top one percent is anything like slavery. The similarity lies not in what is being defended, but in the demands of those feeling insecure — namely, that any form of criticism be banned. Lincoln:

These natural, and apparently adequate means all failing, what will convince them? This, and this only: cease to call slavery wrong, and join them in calling it right. And this must be done thoroughly – done in acts as well as in words. Silence will not be tolerated – we must place ourselves avowedly with them … The whole atmosphere must be disinfected from all taint of opposition to slavery, before they will cease to believe that all their troubles proceed from us.

Yep. Until we all declare that the one percent is the source of all good, until all mention of inequality as a potentially troubling thing is expunged from public discussion, the rich are being persecuted by totalitarian liberals.

7 thoughts on “A certain familiarity”