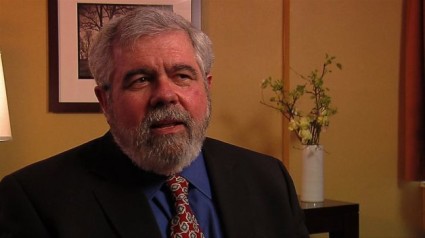 David Cay Johnston really lets the Obama administration have it for refusing to prosecute bankers:

With a track record like that, you might think Black would have been the first person President Barack Obama called when he took office five years ago as the economy was being gutted because of reckless and rapacious banking practices that plundered profits through subprime mortgages and devilish derivatives. A second Great Depression was stalking America, as the stock market was tanking and businesses small and large were hemorrhaging jobs.

The economy is still recovering from those cynical depredations, and many people are still wondering why no one has gone to jail for pushing us all to the brink of ruin.

But to this, day no one in the White House or the Justice Department, no one in the banking regulatory agencies, will return Black’s calls. In 2012 he did get invited to brief Capitol Hill staffers on fraud by banks. He bought plane tickets to D.C. from Kansas City, Mo., where he teaches law and economics at the University of Missouri’s law school there. But before the plane took off his phone rang. “I was told not to come,” Black recalls. “The staff said they were afraid I would engage in too much bank bashing.”

Federal officials say they have no need of Black’s expertise because the FBI is diligently investigating crooked banks. They say that without providing any evidence that they have successfully completed any significant cases. Or are even doing much of anything.

In December 2011, after being buffeted by complaints that no one had gone to jail for nearly bankrupting the country, President Obama said on 60 Minutes, “Some of the most damaging behavior on Wall Street—in some cases some of the least ethical behavior on Wall Street—wasn’t illegal.” Black called me then, asking how the declaration, which he regarded as at best woefully uninformed, could get past the serious journalists who work on that show.

When Obama’s explanation didn’t quell the protests, the White House decided to pretend to flex its muscle. Attorney General Eric Holder announced in October 2012 that an interagency task force had generated 530 criminal charges for bank crimes involving more than $1 billion…. And then publicists at the Justice Department stonewalled reporters who asked for details, names and case numbers.

Black said then that Holder’s boast was hooey—and said it again when the attorney general repeated the claim last year.

And now the Justice Department’s inspector general has issued a report that proves Black was right, that Holder and the Obama administration did nothing to prosecute those who racked in billions through illicit banking practices.

When the inspector general asked to see those 530 cases Holder claims to be so proud of, he saw “numerous significant errors and inaccuracies.” The inspector general reported last month that “despite being aware of the serious flaws in these statistics,” Holder and the Justice Department continued to cite them.

Mortgage fraud became “a low priority, or not listed as a priority, for the FBI field offices we visited, including Baltimore, Los Angeles, Miami and New York,” the report says. The extra money allotted to bust the perpetrators of the subprime meltdown was diverted elsewhere.

The Justice Department now admits it has brought only 107 criminal cases, not 530, and those misdeeds involved a paltry $95 million. Not one case involved any of the so-called “too big to fail” banks.

One thought on “Too big to jail”