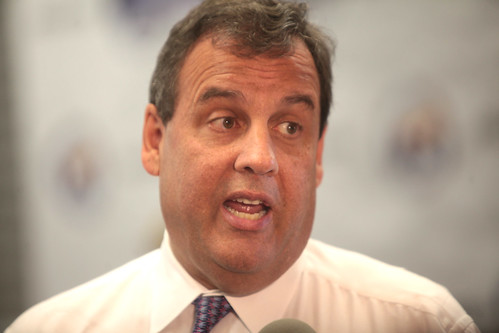 I’m sure it’s just a coincidence that one of the subjects is a Republican gubernatorial candidate in Massachusetts:

As chairman of the Republican Governors Association, New Jersey Gov. Chris Christie has helped Charlie Baker with millions of dollars worth of ads supporting his Massachusetts gubernatorial campaign. But that’s not the only way he may be boosting the GOP candidate in the final weeks of a close election: Christie officials are blocking the release of the findings of New Jersey’s pay-to-play investigation into Baker.

When the campaign donations and subsequent pension contract came to light in May, Democratscriticized Baker, who was then launching his 2014 campaign for governor of Massachusetts. In response, New Jersey launched a formal investigation into Baker’s contributions. The Newark Star-Ledgerreported at the time that Christie officials “said the review would take several weeks.”

Five months later, with Baker now neck-and-neck in the polls with Democratic Attorney General Martha Coakley and backed by more than $5 million from the Christie-led RGA, Christie officials have denied an open records request for the findings of the investigation.

In a reply to International Business Times’ request for the findings of the audit under New Jersey’s Open Public Records Act, Christie’s Treasury Department said the request is being denied on the grounds that the documents in question are “consultative and deliberative material.” Despite officials’ assurances in May that the probe would take only weeks, the New Jersey Treasury said in September that the investigation is still “ongoing” — a designation the department says lets it to stop the records from being released.