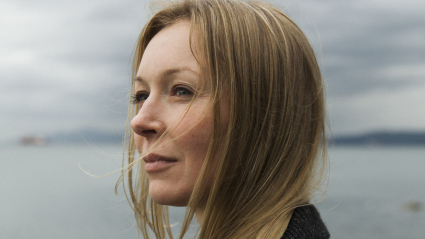 I’ve said it before: Rolling Stone is the only major publication digging into these stories. If you can afford it, buy a subscription. And now Matt Taibbi is back with a huge bombshell of a story: The main witness in the JPMorgan Chase settlement is breaking her gag order!

She tried to stay quiet, she really did. But after eight years of keeping a heavy secret, the day came when Alayne Fleischmann couldn’t take it anymore.

“It was like watching an old lady get mugged on the street,” she says. “I thought, ‘I can’t sit by any longer.'”

Fleischmann is a tall, thin, quick-witted securities lawyer in her late thirties, with long blond hair, pale-blue eyes and an infectious sense of humor that has survived some very tough times. She’s had to struggle to find work despite some striking skills and qualifications, a common symptom of a not-so-common condition called being a whistle-blower.

Fleischmann is the central witness in one of the biggest cases of white-collar crime in American history, possessing secrets that JPMorgan Chase CEO Jamie Dimon late last year paid $9 billion (not $13 billion as regularly reported – more on that later) to keep the public from hearing.

Back in 2006, as a deal manager at the gigantic bank, Fleischmann first witnessed, then tried to stop, what she describes as “massive criminal securities fraud” in the bank’s mortgage operations.

Thanks to a confidentiality agreement, she’s kept her mouth shut since then. “My closest family and friends don’t know what I’ve been living with,” she says. “Even my brother will only find out for the first time when he sees this interview.”

Six years after the crisis that cratered the global economy, it’s not exactly news that the country’s biggest banks stole on a grand scale. That’s why the more important part of Fleischmann’s story is in the pains Chase and the Justice Department took to silence her.

She was blocked at every turn: by asleep-on-the-job regulators like the Securities and Exchange Commission, by a court system that allowed Chase to use its billions to bury her evidence, and, finally, by officials like outgoing Attorney General Eric Holder, the chief architect of the crazily elaborate government policy of surrender, secrecy and cover-up. “Every time I had a chance to talk, something always got in the way,” Fleischmann says.

This past year she watched as Holder’s Justice Department struck a series of historic settlement deals with Chase, Citigroup and Bank of America. The root bargain in these deals was cash for secrecy. The banks paid big fines, without trials or even judges – only secret negotiations that typically ended with the public shown nothing but vague, quasi-official papers called “statements of facts,” which were conveniently devoid of anything like actual facts.

And now, with Holder about to leave office and his Justice Department reportedly wrapping up its final settlements, the state is effectively putting the finishing touches on what will amount to a sweeping, industrywide effort to bury the facts of a whole generation of Wall Street corruption. “I could be sued into bankruptcy,” she says. “I could lose my license to practice law. I could lose everything. But if we don’t start speaking up, then this really is all we’re going to get: the biggest financial cover-up in history.”