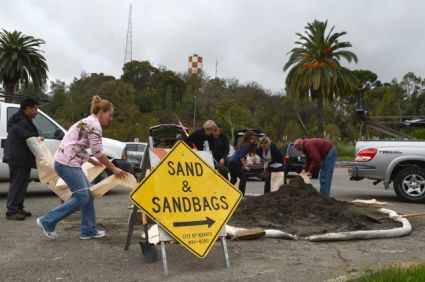 As much as 8 inches of rain could fall on coastal mountains over a 24-hour period starting late Wednesday, the National Weather Service said. Ski resorts in the northern Sierra Nevada could get more than 2 feet of snow before the storm moves through Southern California and to the east with less strength through states including Nevada, Idaho, Arizona and New Mexico. Those states could get rain and snow, but nothing like what California is expected to experience, forecasters say.

“It’s a short amount of time for that amount of water,” Weather Service forecaster Diana Henderson said. “We are anticipating some localized flooding, maybe some downed trees and downed power lines. It could have an effect on a wide range of people.”

3 thoughts on “At what point is extreme weather the norm?”