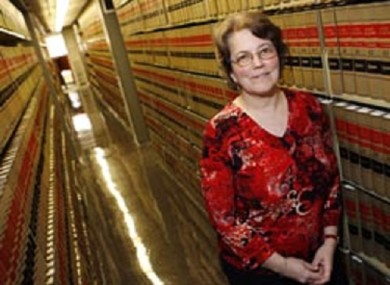 Really good breakdown of the outright fraud that is the charter reform movement:

They collect as much money per student as the state’s brick-and-mortar charter schools. Despite a call from Governor Tom Corbett to do otherwise, the state still doesn’t ask how much it actually costs to educate students in cyber-charters to proficiency standards (nor does it, actually, for any of its schools).

Instead — as it does for brick-and-mortar charters — the state simply demands that school districts turn 70 percent to 80 percent of their normal per-pupil costs over to the cybers. (School districts are allowed to deduct certain expenses such as debt-service and transportation costs from their payments to charter schools.)

Those costs, of course, differ greatly from one school district to another. And since the state’s cyber charters can take students from any of Pennsylvania’s 500 school districts, they receive wildly different funding rates depending on a student’s home base.

If a regular-education student from Lower Merion school district attended a cyber-charter in 2011-2012, Lower Merion (which then had a per-pupil expenditure of $22,140.70) sent the cyber charter about $17,000.

If a regular-education student from the Philadelphia school district attended the same cyber-charter, Philadelphia (which then had a per-pupil expenditure of $12,351.74) sent the cyber charter about $8,500.

So how exactly are the state’s cyber charters using this money?

Parsing the tax documents for the 12 cyber charters for which information was available, she found that cyber charters carry large surpluses and spend what she considered a disproportionate amount of Pennsylvania tax dollars on advertising, travel expenses and contracts with outside management and service providers.

In her analysis, DeJarnatt breaks down cyber-charters into two categories.

The remaining “independent” cybers, DeJarnatt writes, “have no direct connection to any public school district.” She calls five of these “mega-cybers” because they “enroll the largest number of students and tend to employ outside managers.” She counts as “mega-cybers”: Agora Cyber, Commonwealth Connections Academy, PA Cyber, PA Leadership Charter, and PA Virtual.

These schools, she writes, “tend to carry significant surpluses and have accumulated significant assets.”

And this useful tidbit was in the comments:

One important omitted fact is that current PA Budget Secretary Charles Zogby, was the Secretary of Education under Governor Schweiker. While serving in that office, he was a key figure in setting the “generous” funding formula for cyber charters. Within a few short months after that legislation was passed, Zogby left through the revolving door to become a Vice President at K12, the nation’s largest operator of cyber charters. Since returning to “public” service Zogby has been a key architect of the Corbett administration’s budgets which have drastically reduced the funding of public education, to the obvious competitive disadvantage of regular public schools, which maintain very disadvantageous fixed cost structures when compared with cyber charters.

One thought on “Temple prof: PA charter schools are a ripff”