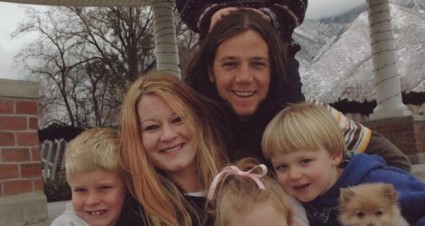 This is very sad, isn’t it? To be so fearful (and probably mentally ill) that you kill off all your children:

The deaths of five family members in Utah last year were revealed Tuesday to be a murder-suicide — committed by parents, fueled by drugs and possibly inspired by apocalyptic paranoia.

Five members of the Strack family in Springfield all died of drug toxicity in their family home last September, police said.

Two of the children — Emery, 12, and Zion, 11 — were killed Sept. 27 with toxic levels of diphenhydramine and methadone.

Their parents — Benjamin, 37, and Kristi, 36 — killed themselves with overdoses. Benjamin used heroin, while his wife mixed methadone, dextrorphan, diphenhydramine and doxylamine, the Salt Lake Tribune reports.

The couple’s third child, 14-year-old Benson, also died from diphenhydramine and doxylamine, but police could not determine if he was killed or if he decided to kill himself with his parents.

The family’s oldest child, a boy, was not home at the time.

One thought on “Escape from the apocalypse”