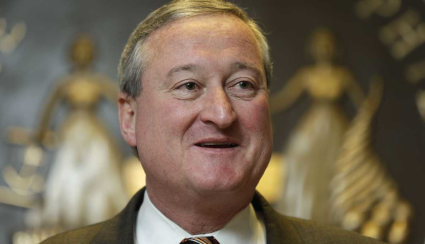 If you’re a Philadelphia voter, Jim Kenney is the only progressive candidate in the mix. (He’s the only guy running who opposes the charter schools, is planning to implement universal pre-K, got pot possession knocked down to a misdemeanor, worked to get same-sex partner benefits for city employees long before anyone else did.)

Now I hear rumors that Bill Green, the former head of the School Reform Commission, is thinking of running as an independent — most likely to split the white vote.

If you can donate to Kenney, please do so. It would be nice to have four progressive mayors in L.A., Chicago, New York and Philly. Why, it might even make the New York Times “trending” section!