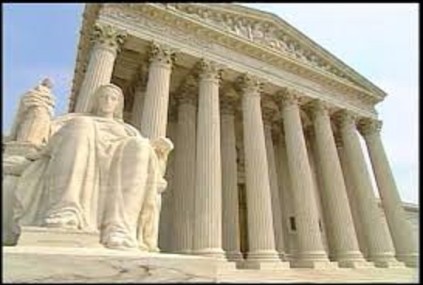 Let’s hope it stays this way:

The U.S. Supreme Court turned away an appeal by North Carolina, declining for now to approve Republican-backed voting restrictions that may shape the 2016 election.

North Carolina asked the nation’s highest court to uphold provisions that eliminate same-day voter registration and out-of-precinct voting. The Supreme Court previously let those provisions take effect for the 2014 balloting, and the state was seeking a ruling that would have a broader effect.

The high court will almost certainly have another chance to consider the restrictions before the 2016 election. A trial in the North Carolina case is set for July in a federal district court in Winston-Salem.

One thought on “Encouraging”