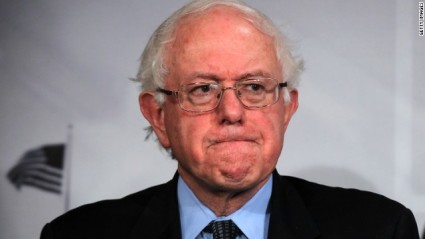 I was on a call with Sen. Bernie Sanders last night, and he said it was very important that you email or call your congressmembers and senators this week, no matter where you think they stand on TPP. He said if we can kill it this time, it will stay dead for a long time because no one wants it to be an issue in the presidential campaign.

So call or email your electeds TODAY:

This week, a bill to give the president Fast Track authority — designed to push through the Trans-Pacific Partnership with little public debate — will be introduced in the Senate.The TPP is a disastrous trade agreement designed to protect the interests of the largest multi-national corporations at the expense of workers, consumers, the environment and the foundations of American democracy. It will also negatively impact some of the poorest people in the world.

Big corporations wrote the TPP behind closed doors.
Incredibly, while Wall Street, the pharmaceutical industry, and major media companies have full knowledge as to what is in this treaty, the American people and members of Congress do not. They have been locked out of the process.

All Americans, regardless of political ideology, should be opposed to the “Fast Track” process which would deny Congress the right to amend the treaty and represent their constituents’ interests.

I will help lead the fight in the Senate to stop the Fast Track bill. Will you stand with me? Sign my petition and tell the Senate: Reject Fast Track authority for the TPP.

Let’s be clear: the TPP is much more than a “free trade” agreement. It is part of a global race to the bottom to boost the profits of large corporations and Wall Street. Here are just a few of the ways the TPP is going to destroy the American economy. The TPP will:

If the TPP was such a good deal for America, the administration should have the courage to show the American people exactly what is in this deal, instead of keeping the content of the TPP a secret.We can stop Fast Track authority for the TPP in the Senate. Opposition from both parties is growing and momentum is building. With your support we can show Senators that the American people do not want them to give up their power to fix a bad deal.

Will you stand with me and DFA to stop the TPP? Sign our petition today and tell the Senate: Say NO to Fast Track!

Thank you for standing up against the TPP.

One thought on “Action needed today”