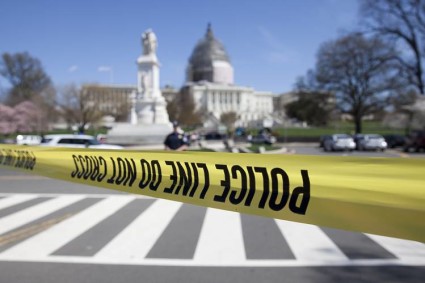 Far too many people in despair these days. I understand his frustration, if not his tactics:

Washington (CNN)A shooting that prompted the lockdown of the U.S. Capitol for several hours Saturday was a suicide and does not have an apparent connection to terrorism, Capitol Police Chief Kim Dine said in a news conference.

An unidentified male walked through a public area on the west front of the Capitol early Saturday afternoon and shot himself, Dine told reporters. Witnesses told CNN dozens of shocked onlookers watched, including some young children.

The unidentified shooter had a backpack and a rolling suitcase that authorities treated as treated suspicious packages, prompting the lockdown as they were investigated, Capitol police said.

The male carried a sign with a message about “social justice,” authorities said. A witness, Robert Bishop, told CNN it also said something about taxing the “1%.”