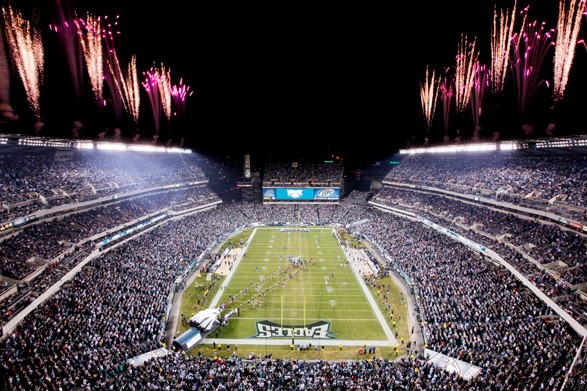 The traffic is already awful when there’s a game:

Pope Francis is due in Philadelphia in September, and the city’s football team will be nowhere in sight.

According to Sports Illustrated writer Peter King, Philadelphia Archbishop Charles J. Chaput sent a letter to NFL commissioner Roger Goodell on July 8, 2014 requesting that the Eagles be out of town for the pontiff’s visit — presumably hoping that football would not interfere with the millions expected to gather in the city that weekend for a mass outside the Philadelphia Art Museum.

The NFL released its full 2015-16 season schedule on Tuesday, and the Eagles will not be in Philadelphia during the pope’s visit. NFL senior vice president of broadcasting Howard Katz responded to the archbishop in October, according to King, saying the football team would be in New Jersey playing against the New York Jets on September 27.

“The pope did influence the NFL schedule,” Katz told King on Tuesday. “My name may be Katz, but I wasn’t taking any chances.”

One thought on “Smart move”