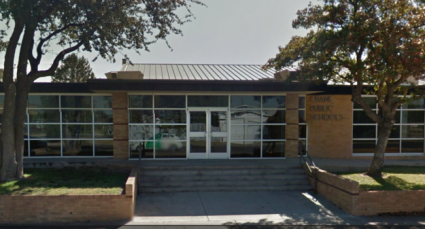 Crane Public Schools in West Texas sent out a letter to high school and junior high parents last Friday regarding a breakout of chlamydia confirmed in the district.

The number of cases has been widely reported at 20, though the school’s superintendent and the Texas Department of Health Services told BuzzFeed News that there have only been three confirmed cases in the district.

So far only high school students have allegedly been affected; the letters were sent to junior high parents preventatively.

The letter began with “Crane Independent School District would like to make our parents aware … of a problem that has been identified in our teenagers…” but was otherwise a brief sexual education pamphlet about Chlamydia.

Chlamydia is a sexually transmitted disease that is on the rise. Several cases have been reported. It is a reportable disease that is mandatory to report … The number of cases reported from Crane and Upton County have been significant.

With this being said, we feel we need the parents to be aware of this growing problem and pass along some information regarding the [STD].

Chlamydia – most common [STD] in the United States.
Cause – Bacteria that is transmitted during sexual intercourse.
A person can have chlamydia without even knowing it. If not treated, Chlamydia can cause painful infection that can lead to the inability for women to conceive. The risk for boys/men include painful infections.