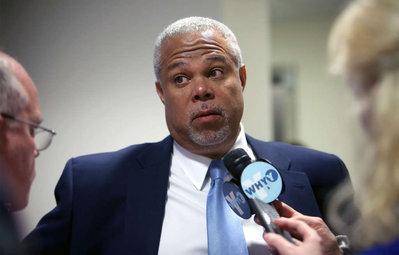 Will Bunch on the sudden political conversation of charter-school champion Anthony Williams in the Philadelphia mayor’s race:

But the really awkward thing is Williams’ rank hypocrisy here. Since he’s eager to revisit the 1990s, it’s worth noting that that was an era in which Williams couldn’t throw citizens from “our communities” behind bars quickly enough. Then a state rep from West Philly, Williams worked with three Republican lawmakers as part of a tough-on-crime posse called “the Gang of Five” that lobbied then-Mayor Ed Rendell (successfully) to bring in New York’s John Timoney as police commissioner and to institute so-called “broken windows policing” that would cite and even jail low-level, non-violent offenders.

Of course, “broken windows” policing became the “gateway drug” to the mass incarceration crisis in America, which has ripped urban communities apart, and eventually to policies like stop-and-frisk that 2015 Williams now wants to end. At the height of the Gang of Five crusade, Williams even championed what was described in the Inquirer as their “most intriguing idea: a plan to set up tent cities for incarcerating low-level offenders during warm-weather months. At present, a lack of city jail space makes it tough to keep prostitutes, for instance, off the streets…”

Yes, Anthony Williams wanted to keep non-violent criminals, like sex workers, in sweltering tent cities during the summer (an idea borrowed from Phoenix’s barbaric sheriff Joe Arpaio, by the way) because there weren’t enough jail cells for all the folks he wanted to lock up. But I guess that’s a lot harder to fit on a cardboard sign than #BlackLivesMatter. Especially at the height of 2015’s Black Spring.

Be very wary of last-minute political conversions. I’m sorry, but one protest march and a new pair of flip-flops doesn’t make the pro-fracking, pro-charters dude into the second coming of Stokely Carmichael. Tony Williams is just a politician trying to win an election, but I’m not even sure that even Philly Jesus can save him in the last mile of the race.

One thought on “Anthony Williams and the hood”