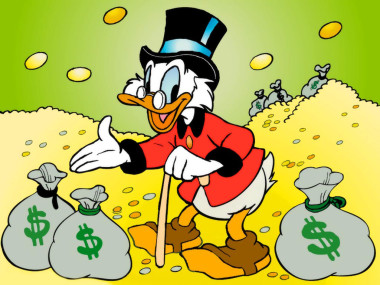 Salon just interviewed Bruce Bartlett, who worked for Reagan and Bush the Elder, and recently criticized a piece about a campaign finance reform-oriented GOP presidential candidate from Harvard Law’s Lawrence Lessig. An excerpt:

Does your skepticism apply beyond presidential campaigns? The idea that the impact of money is overstated when it’s a high-profile race is pretty mainstream; but do you take it further?

Well, in general, I think that people overestimate the value of money in politics. I think that there is a threshold effect; that is to say, you need a minimum amount to be competitive. And I think up to a certain point, in any given race, there’s enormous value to each additional dollar that is raised, because it will be spent efficiently in increased votes. But I do think that there is a point at which it levels off and at which point each additional dollar doesn’t really help very much, if at all. I think that there’s also a downward point at which you have too much money, and you actually start alienating potential voters by running too many ads, doing too much stuff that just alienates, irritates them, so you actually end up being worse off.

Why do you think that understanding is not reflected more in political analysis?

See, what happens is, these consultants, they own the advertising companies that buy the advertising time and so they get a commission of like 15 percent on every dollar of advertising that a campaign buys. The more advertising that they buy, the more money that goes into their pockets. So it’s in their interests to keep buying more and more advertising, long past the point at which diminishing returns have set in. I’m not sure very many contributors understand this; and also I think candidates are just sort of conditioned to believe that more is always better. Advertising is something you can do pretty easily these days. You can cut an ad today and have it on the air tonight. It’s something you can always do right up to the very last minute that you think might help and probably won’t hurt. So there’s always tremendous pressure inside the system to keep doing more and as long as there’s somebody out there willing to write the check, there really isn’t any way of stopping it.

When Jeb Bush’s campaign was still more of a rumor than an unofficial reality, I heard murmurings from within GOP circles that the folks most enthusiastic about him running were campaign consultants and the very people who you’re talking about.

I’ve often used this analogy: The whole campaign finance racket is a bit like the “Producers.” You’re selling hundreds of percents of the candidate, but the difference is that, in the “Producers,” you had to actually distribute profits at the end of the day, and there weren’t enough profits to go around. But with a campaign, it comes to an end at some point and you either win or you lose. Some campaign contributor is not going to look at a campaign after the campaign is over to audit the books and see whether the money was spent efficiently or even to see how his own contributions were spent; they simply don’t care. They probably wouldn’t have any legal standing to look into these things anyway. It’s just really a system that is ripe for corruption and waste and inefficiency.

So why does lobbying worry you more?

Because campaign financing only takes place in an election cycle. I think there’s limits to how much influence a campaign contributor can have given the limits — well, obviously, there are fewer limits than there used to be; but there still limits — but I think that the kind of full court press of lobbying that a big corporation can mount day after day, year after year is much more likely to yield benefits from the point of view of whoever’s paying for the lobbying.

I mean back in the day, when I started to work on Capitol Hill, in the mid-1970s, there weren’t that many corporations that had Washington offices. There were a few, of course — especially in the regulated industries like Telecom. But by and large, companies were oblivious to what was going on in Washington. Now, virtually every big company has a Washington office — or at least they have some lobbying firm on retainer; and probably multiple lobbying firms because … they’ve gotten away from one size fits all lobbying into more boutique-type firms where one guy’s an expert on tax and another guy’s an expert on the S.E.C. and another firm lobbies whatever. So they spread their money around more and to people who deal and specialize in some particular issue that is of concern to them at that particular moment.

Why is that more of a threat?

For two reason: one is that, well, it’s created problems in the policy area. I’ll give you a good example from tax policy, there’s something you probably don’t know about called the “R&D (research and development) credit.” Now the R&D credit is perfectly well-grounded in economic theory. The social value to R&D is much greater than any company can get from doing R&D and so as a nation we get less R&D than we would like or that we need. There’s a good case to be made for subsidizing it to some extent. But the way the R&D credit has always existed since it was put into effect whenever back in 1981 is that it’s never been permanent. It always expires and has to be renewed. Now the problem with this is that for it to work, for it to actually create additional R&D, which is its purpose, it has to be permanent. If it’s not permanent, no company is going to undertake new R&D simply because the credit is there. Because they can’t be sure when they’ve actually made the expenditures that the credit applies to, that it will be in existence. They can’t simply assume that Congress will always renew it, they can’t make that kind of judgment because often times R&D expenses will take place over a period of years and well into the future.

Their prudent policy is going to be, Well, if we get it, we get it; if we don’t, we don’t, but it’s not going to enter into the calculation whether to undertake this R&D or not, so what happens is that it becomes a reward for what they were going to do anyway. Now the reason this helps lobbyist is because the lobbyist in the tax area will lobby to get the R&D credit renewed and then they can go to their bosses and say, Look, we helped get this enacted, it provided the company with X million dollars this year of tax savings and we deserve some credit for that and here’s who you can make the bonus checks out to. So, you see, this is just an example of how Washington lobbying has become a profit center. Because Washington offices used to be viewed as sort of like PR or something, off somewhere doing their own thing. Now that it’s much easier for them to show the specific bottom line benefits to a company of their actions then, this encourages companies to put even more money into lobbying and more money into Washington offices.

And what’s the second reason?

The second insidious element of this is that it has created extremely lucrative post-political opportunities for members of Congress and staff. It used to be that a member of Congress, once they were defeated or were retired, they’d go home or they would just simply literally retire and do nothing. But now, they have all these opportunities to make huge amounts of income as lobbyists. I think it’s changed the nature of being in Congress.

When I first started working on Capitol Hill, it was sort of generally understood that a member of Congress would stay pretty much forever … and it was very common for staff people to stay on Capitol Hill for their entire careers. I think that’s very rare these days. Now, they come, they get their ticket stamped, and then they move on and become lobbyists and make a lot more money — and do a lot less work. So, I can’t prove it, but I honestly think that there are people who run for Congress now not because they actually want to be in Congress, but because they actually want to be lobbyists, and so they want that credential that allows them to get the job that they want.

Do you think they see lobbying as basically a reward they’ve earned from working on Capitol Hill?

Well, yes, and not only that. I learned this from Jack Abramoff: he would go to … Congressional staffers and basically say, Look, if you do this favor for me, there’s a guaranteed job for you the day you decide to leave Capitol Hill. I don’t know if that’s literally bribery, but it certainly borders on it … This was a revelation to me, because that was never the case when I worked on Capitol Hill. But now, I think that people do understand that these options are there and it does encourage them to push the limits of what might be legally or ethically justifiable.

Let me add a footnote to this, one of the things about lobbying that I never see anybody report on, but it is extremely insidious.

Sure, go ahead. What is it?

The employment of spouses and children of members of Congress [in lobbying firms]. Now this information has to be disclosed on their financial disclosure forms, but I’m not aware of anybody who collects it and analyzes it systematically. It’s very common for the wife or husband of some member of Congress to get a job at some lobbying company or some government relations office — and, frankly, a lot of times these jobs are not real jobs. These people are not being hired for their expertise. They’re hired simply to ingratiate the business with the member of Congress and to create a very opportunities for de facto lobbying through the normal, social things that go on in any business. This is very very common, I’m afraid. For some reason it just seems to be off-limits for people to complain about it.